Fill in the Gaps with the Pre-Sequel’s Borderlands: The Story so Far

Everybody Loves an Outlaw

It’s been a while, but Gearbox has finally added the third installment of Borderlands: The Story so Far. The first two videos for Borderlands 1 and 2 were released a week apart, but now The Pre-Sequel has its own synopsis. Once again, this video is narrated by Marcus Kincaid (Seriously, why not get Athena’s voice actress Lydia Mackay to do it?). He tells the story of Handsome Jack’s descent from the hero of Helios to the villain we know and love to hate from Borderlands 2. Marcus also tells us of the villains of the Pre-Sequel the Lost Legion and their leader Colonel Zarpedon. 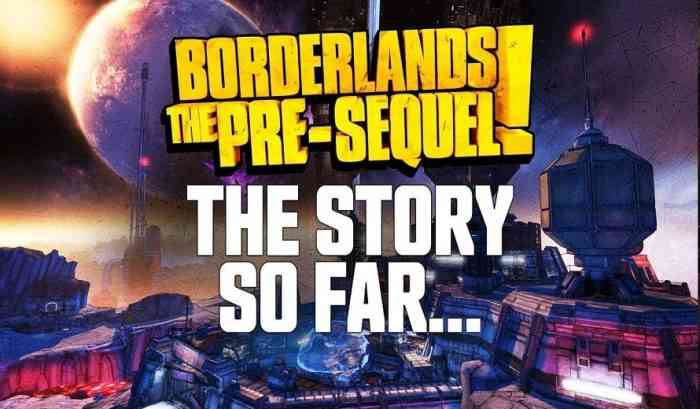 When we first are introduced to Handsome Jack, he is the leader of Hyperion and is after the new Vault on Pandora. He means to unleash the Warrior and sic it on the bandits of the world. We learn that he discovers the Warrior from the knowledge he gets from the Vault on Eplis, Pandora’s moon. He does this during the events of The Pre-Sequel when we just know him as Jack. We also figure out exactly why he wears the mask in Borderlands 2. Spoiler: it’s kind of like a Phantom of the Opera deal.

The Pre-Sequel summary was uploaded just a couple of days ago. Now the question is will there be a Story so Far for Tales from the Borderlands. While it’s not a major installment to the series, it is canon, kind of. The main character Rhys will appear in Borderlands 3, though he will not be played by Troy Baker this time. Borderlands 3 will be coming out on September 13th on Xbox One, PS4, and PC via the Epic Games Store.

Are you enjoying the Story so Far videos? Let us know in the comments below.


Put the Smack Down With WWE 2K23 Icon Edition