Fallout 76 Is Getting Some Old-Fashioned Fallout Questlines

Fallout 76 is getting human NPCs later this year and a new 52-player battle royale mode called “Nuclear Winter” for free, Bethesda announced on Sunday during its E3 2019 conference.

According to Bethesda, a “sneak peek” for Nuclear Winter will be available on June 10th while Fallout 76 will be free-to-play from June 10th to June 17th.

“Nukes have set the world ablaze and the battle to claim your spot as Overseer of Vault 51 has begun – will you be the last one standing or be consumed by the ring of fire?” an official description of the “Nuclear Winter” mode read. “Rank up, unlock exclusive perks and build your C.A.M.P. to weather the storm in true Fallout fashion. Scavenge for weapons, supplies, and nukes to take on other players and creatures and earn unique cosmetic rewards.” 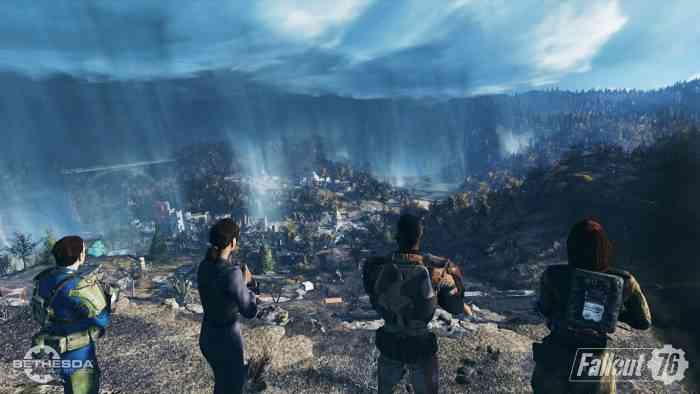 As for the upcoming human NPCs, they’ll be coming to Fallout 76 with the free “Wastelanders” update that’s launching this fall. A trailer for this update can be viewed below.

This update will add a new main quest, new human NPCs, and faction settlements called “Crater” and “Foundation”. There will also be new gear and weapons for players to obtain.