It won’t break the bank, costing only $9.99 USD / €9.99 EUR. But to make things sweeter, the game has a 30% discount for its first two weeks on the Switch eShop. If you already own a Drinkbox game on Switch — Severed,  Guacamelee: Super Turbo Championship Edition, or Guacamelee 2 — you’ll receive an extra 10% off. For those not keeping up, that’s a 40% discount!

“Tales from Space: Mutant Blobs Attack is a sci-fi puzzle-platformer of cataclysmic proportions! You’re an ill-tempered blob that grows in size by swallowing everything in its path. Evolve from a tiny captive into a world-eating giant. Gain freakish abilities like magnetism, telekinesis, and rocket boosting. Use your mutant blob powers to devour the pathetic humans and all of civilization!” 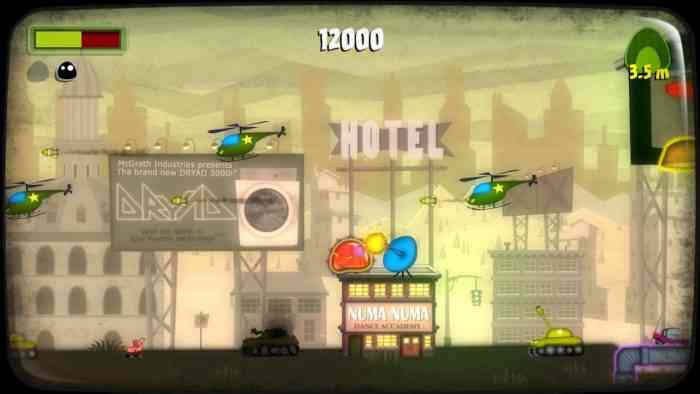 – 24 levels featuring a wide range of retro, 50’s-inspired environments.
– 5 ‘Tilt-a-Blob’ bonus levels featuring gyroscopic controls.
– Mind-boggling growth! Absorb everything you touch and grow to massive proportions.
– Jump, slam, roll, and rocket through the air! Push and pull your weight against metal! Move objects with telekinesis!
– Touch controls: use touch to manipulate the environment in handheld mode!
– Normal controls: for people who hate touch controls!
– In-game achievements. Can you become the platinum blob!?

Are you gonna grab this one on Switch? Leave us a comment below.