The Best Guilty Gear Game is Out on Switch Today

Arc System Works and PQube have a nice treat for fighting game fans today. The Guilty Gear 20th Anniversary Pack is an awesome 2-pack that comes with the 1998 original and Guilty Gear XX Accent Core Plus R.

The game is available in either physical or digital formats, depending on your region. Japan and Europe are getting the physical release of the 20th Anniversary Edition while North America gets the Guilty Gear XX Accent Core Plus R (yeah, it’s a mouthful) straight from the eShop.

Guilty Gear XX Accent Core Plus R originally came out in 2012 as a final revision of 2002’s Guilty Gear XX. Fans consider it to be one of the best in series thanks to best-in-class mechanics, visual style, and roster. 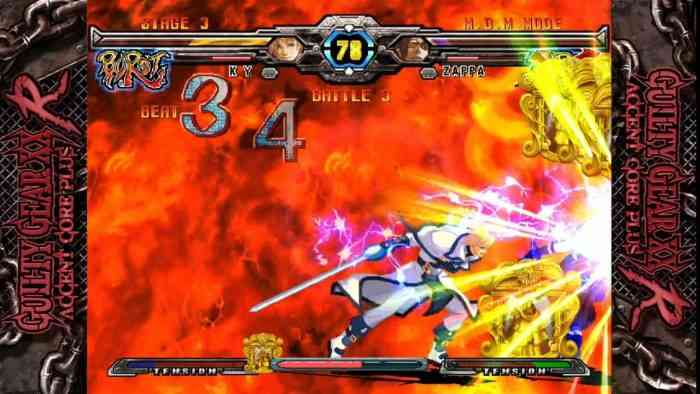 The Switch port features all of the updates and refinements from the 2012 release, a tweaked multiplayer mode, Joy-Con support, and the Korean soundtrack. Oh, and as it was mentioned at the beginning of this news story, you also get the classic 1998 game from the original PlayStation days.

The Day One physical edition comes with a personal letter from series creator Daisuke Ishiwatari as well as an artbook with unreleased work. If you manage to pick up the Limited Edition in Europe, you’ll also get a special accessory pouch.

North American players can pick up the digital version for $15 on the Switch eShop today.