Have you just finished an epic adventure and already itching to go onto the next? Or perhaps it’s been a while and you’re wanting to try something new or different. Well whether you are into fantastical titles to massive online action titles, we have a cool collection of the top 10 games that are on sale for this weekend and waiting to be picked up. This weekend pick up Devil May Cry 5 on the PS4 for a33% off or get ready to revisit the Kanto region with our favourite Pokemon Pals in Pokemon: Let’s Go, Eevee! for 27% off. And it doesn’t stop there either, folks. Be sure to check out the rest of the list below for even more great deals. 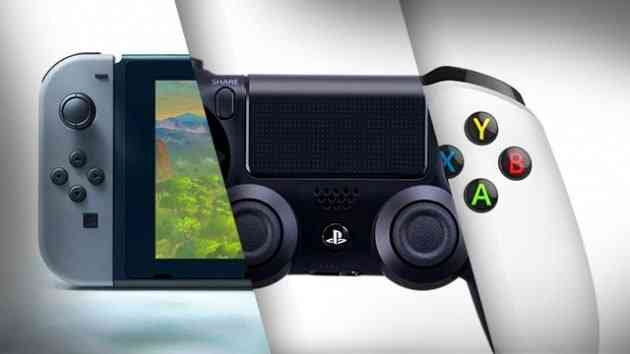 It’s time to wreak some havoc with our favourite Demon Slayers as well as a few fresh new faces. Having just been released in March of this year to rave reviews, DMC 5 is currently at a cool 33% off. You’d be a fool to pass this deal up!

Haven’t had a chance to revisit Raccoon City? Well, currently at 36% off, now is the time to add this terrifyingly amazing remake to your library. Relive the nightmare as Leon Kennedy and Claire Redfield as they fight their way through a nightmarish situation for survival.

Whether or not you’re a fan of the Assassin’s Creed series, Odyssey is certainly a game worth picking up. Set in Ancient Greece, you’ll be fighting your way through as an outcast to a legendary Spartan Hero. And at a whopping 54% off, the deals don’t get much better than this!

Join the fight in Washington, DC in this new online RPG action-shooter. Released just two months ago with raving reviews, explore a beautiful, dynamic and a hostile open world all at a whopping 43% off.

It’s time to yell with primal rage as you re-enter the fight in Mortal Kombat. Having been released just last week, this bloody title has already received a decent price drop which means now is a great time to kick some ass with some glorifying and yet savage fatalities. Not convinced? Check out our video review for this flawless victory and see if it changes your mind.

FromSoftware brought us a beautiful game with breathtaking visuals with intense gameplay. Take this time to explore Japan in the late 1500s in a tale for revenge and honour. Embark on this epic new journey all the while getting 25% off this title.

6 years after the release of Metro: Last Light, prepare to enter the dank and dangerous world for survival and fight in Metro Exodus. Praised for it’s tense and terrifying atmosphere, this title is a definite recommendation for gamers who’ve played the previous games and needs to bring the series to an end or newcomers to who wants a new world to jump into and experience. Check out Paul’s review for Metro Exodus to convince you to put it in your cart for 37% off the original price.

It’s time to revisit our favourite little pals in Pokemon: Let’s Go, Eevee! for the Nintendo Switch. Explore the Kanto region with updated visuals and new gameplay. Better yet, you can play this game docked to your tv or on the go for 27% off.

While originally released in 2012 for the Nintendo Wii U, we found ourselves with a wonderful port over to the current Nintendo Switch. With the successful jump over to a new console, it still held up incredibly well. Check out our review below and be sure to nab this title for 25% off.

A mashup I wasn’t sure I needed until now! Join Mario, Lu9igi and Princess Peach as they team up with four Rabbids on a brand new adventure. Currently, at 59% off, whether or not you’re a fan of the idea or if you just want something fun, be sure to pick this title up!

Well, we might be at an end for our deals list for today, we will be back at it again tomorrow for another great list on the best PC games and gear to pick up! Did anything on this list entice you to add to your library? If so, please let us know in the comments below. In the meantime, happy gaming!