Rumour Has it That a Nintendo Direct is Coming April 11th

According to a new rumour, Nintendo is planning a surprise Nintendo Direct livestream this week, specifically for Thursday, April 11th. 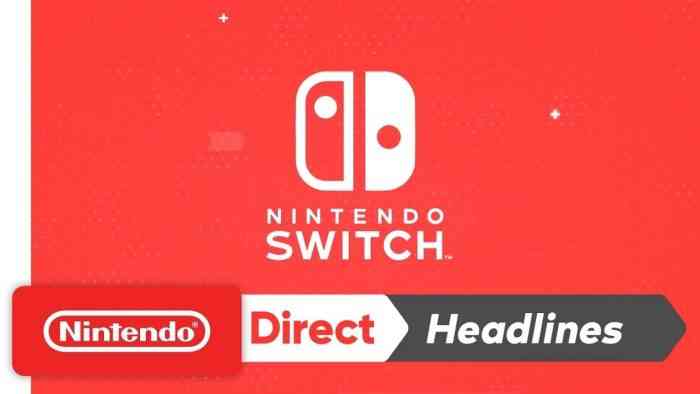 The report comes from Gaming INTEL who claims that their exclusive source (who has also been correct in past occasions), alongside other industry insiders, that a Nintendo Direct is coming on April 11th. While Gaming INTEL is pretty confident in the information from their source, they still suggest taking leaks with a grain of salt until official confirmation. As do we, Gaming INTEL, as do we.

While Nintendo Directs are usually filled with news of upcoming Switch and 3DS titles, it is also possible that this Direct will act as a proper send-off to Reggie Fils-Aime, who is officially retiring as CEO of Nintendo America on April 15th. Even though Fils-Aime as already said his goodbye on social media, maybe we’ll get to see him do one more Nintendo thing before he leaves.

As far as announcements go, there’s still plenty to speculate about. This might be the perfect time to officially reveal Persona 5’s Joker for Super Smash Bros. Ultimate or even just announce Persona 5 for Switch. We’re also still waiting for official release dates for Animal Crossing Switch and Luigi’s Mansion 3. And would it kill Nintendo to just give us the Metroid Prime Trilogy on Switch already?

In any case, we’re hoping the rumour that a Nintendo Direct is taking place this week is true. But what about you? Leave us a comment down below.

FPS A.V.A. Global Will Release On Steam In Late August
Next
More of The Last of Us Part II Will Be Shown When Naughty Dog Is Ready
Previous
Gearbox CEO Responds to Steam Users Being Able to Review-Bomb Borderlands Titles