Shenmue 3 Is Going to Have Forklifts

It looks like Shenmue 3 players can drive a forklift at some point in the game because an official Koch Media Twitter account tweeted out on Thursday an image of the game’s protagonist, Ryo Hazuki, sitting in a forklift. The image can be viewed below. 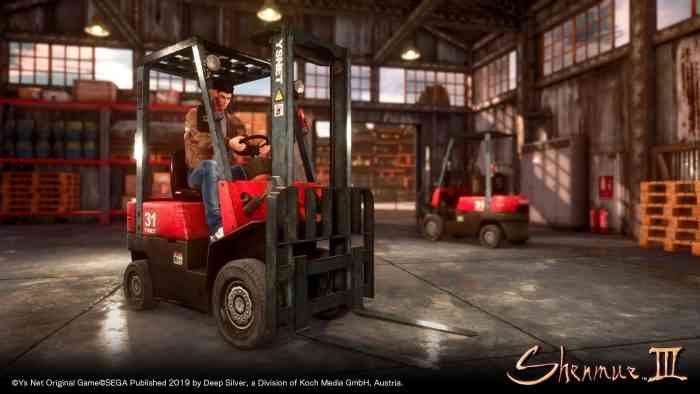 Shenmue fans will remember the infamous forklift segment in the first game which involved being forced to operate a forklift for several hours in order to progress the plot. It’s currently unknown if a similar segment will exist in the third game but there is definitely going to be some forklift action.

According to a recent Weekly Famitsu article, Ryo will have to undertake menial jobs & tasks (such as operating a forklift in a warehouse) in order to earn money.

“Shenmue III features economic balance and an economic cycle,” a Twinfinite report on the Famitsu article read. “Money is important because the economy controls its flow, and it can be earned in many ways. For instance, if you gather a specific medicinal herb in the mountains and use it to prepare a traditional Chinese medicine via a recipe, you can sell it for a high price. There are various elements of gameplay connected to money.”

Overwatch 2 Fans Are Upset About the $20 Skins
Next
Little Nightmares Prequel Game Coming Soon to iOS
Previous
Ubisoft CEO: Beyond Good & Evil 2 is “Going to be Fantastic”