What Is Rage 2? Question Answered With Killtastic Trailer

We’re less than a month away from the madness of Rage 2, the outworld brainchild of Avalanche Studios and id Software. It’s no surprise then that Bethesda has published another trailer, this time explaining the world and the mad folks who inhabit it. 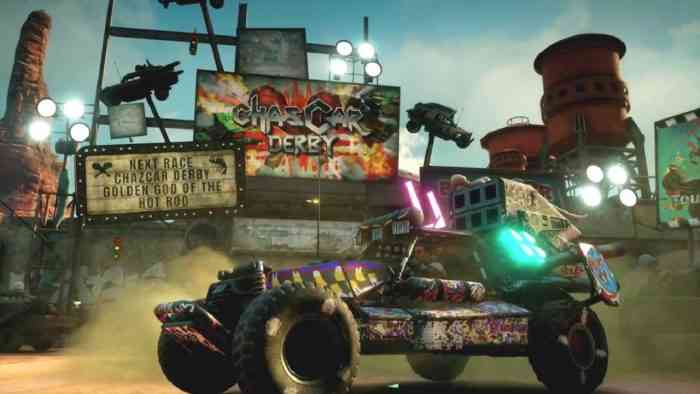 Thus far, the Rage 2 marketing spree has brought a montage of explosions, bizarre locations, and weird conversations. Today brings a closer look at the killable faces of the game. Enemy factions include hell raisers like the Goon Squad, Abadon Mutants, Rivers Hogs, and The Authority. Every faction has its own quirk, whether its shoulder-mounted cannons, hair dye, or samurai swords.

The latest piece of footage for Rage 2 comes with yet another dive into the weapons and abilities. They’ve been shown off before, but everyone has to be reminded that the Grav-Dart Launcher is a thing. Big effing guns are a staple of the experience, and, combined with upgradeable abilities, the player is a walking armory. As the last living ranger, it is not your job to kill everything in sight; you just want to.

Rage 2 arrives on May 14 for the PlayStation 4, Xbox One, and PC. Despite the ongoing focus on havoc in the trailers, the dev team has promised a strong story component. We caught a glimpse of the story during our hands-on preview, which you can find here.