The Just Cause 4: Dare Devils of Destruction DLC will bring 16 new armed vehicles and three new challenge modes with 15 missions when it launches on the PC, PS4, and Xbox One on April 30th.

Additionally, Just Cause 4 Gold Edition owners will receive seven days of early access to this upcoming DLC. This early access period will begin next Tuesday on April 23rd.

Here’s a detailed list of the three new challenge modes, per a press release: 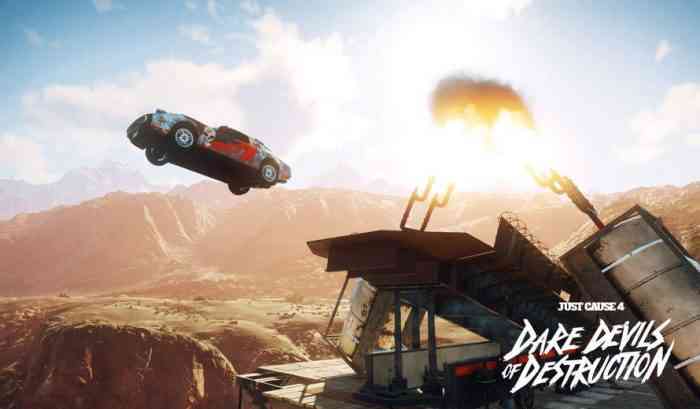 According to Avalanche Studios senior producer Victoria Setian, the Dare Devils of Destruction DLC is the first of three DLCs that are available for Just Cause 4 through the Dare Devils, Demons and Danger Expansion Pass. Each DLC “will bring more vehicles, new modes, weapons and activities,” said Setian.

If you’re thinking of getting Just Cause 4 then read our review before buying the game.

What do you think of this DLC news? Let us know your thoughts in the comments section below.

What is Kingdom Hearts’ Project Xehanort?
Next
The Minecraft Movie Isn’t Coming Out Until 2022 Now
Previous
GameStop Will Give You Full Trade Credit for a New Game When Returned Within 2 Days