Nintendo has tapped indie games studio, Brace Yourself Games, to develop a Legend of Zelda: Link to the Past version of Crypt of the NecroDancer. The game will be called Cadence of Hyrule: Crypt of the Necrodancer feat. The Legend of Zelda (Yes! It is the entire title!) and it is a random map generating adventure game based on the Super Nintendo title.

The game will play much like Crypt of the NecroDancer, in which you have to beat a series of 25 randomly generated tile maps with enemies by completing musical puzzles, only the puzzles will feature songs from Legend of Zelda. The tunes will be familiar and nostalgic, and the game looks like it’ll be pretty fun. 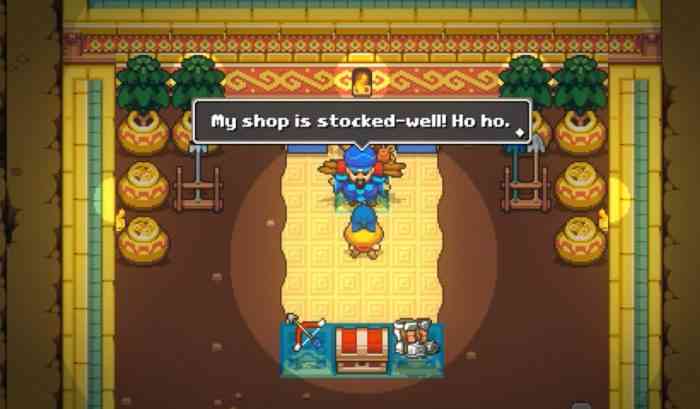 Nintendo’s press release indicates that we’ll see the clever gameplay of Crypt of the NecroDancer alongside iconic items and characters from the land of Hyrule. Link and Zelda will be alongside Cadence in her new adventure. There is no word yet on whether the game will be ported to other devices after its initial release like Crypt of the NecroDancer was, but one can only hope that we can see it on a mobile platform in the future.

The other Zelda game coming out for the Switch this year is the anticipated remake of the Game Boy title The Legend Of Zelda: Link’s Awakening. Cadence of Hyrule: The Crypt of the NecroDancer feat. Legend of Zelda is a departure from Nintendo’s standard practices as they’ve allowed an indie developer to take on one of their quintessential franchises. It may also have the longest video game title ever.

Are you excited for this little surprise Zelda release for the Switch? Let us know what you think about this release, Zelda, or Crypt of the NecroDancer in the comments below!

Another F-Zero Game Is Possible, Says Ex Nintendo of America Boss
Next
More Details About the Xbox One S All-Digital Console Have Leaked
Previous
PGA TOUR Golf Shootout is a Mobile Golf Game You’ll Want To Download Next Month