WRATH: Aeon of Ruin Launches This Summer for the PC

WRATH: Aeon of Ruin is a retro FPS running on the Quake-1 engine that’s launching sometime this summer for the PC, Mac, and Linux, 3D Realms revealed on Thursday. Releases on the Xbox One, PS4, and Nintendo Switch are planned for early 2020.

WRATH’s arsenal includes nine weapons for players to use throughout the game’s 15 levels along with 10 deadly, secret artifacts. Those levels will include “ancient crypts, sunken ruins, corrupted temples and howling forests”, according to Steam. The game also has four-player co-op (LAN & online), PvP multiplayer, and an 666 frames-per-second cap. 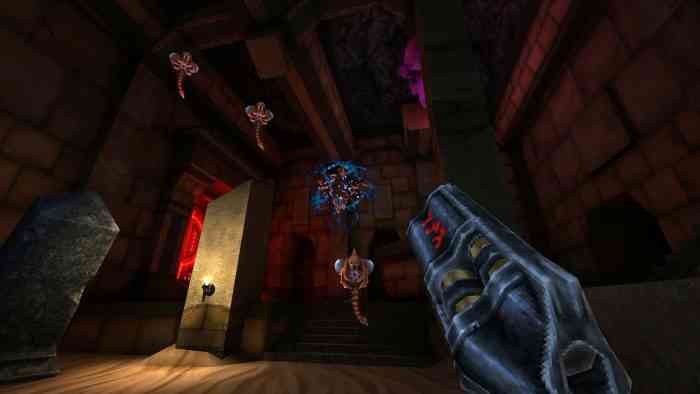 “You are Outlander. Once adrift upon the Ageless Sea, you now find yourself on the shores of a dying world. From the consuming darkness emerges a figure cloaked in white, the Shepherd of Wayward Souls, who burdens you with the task of hunting down the remaining Guardians of the Old World. You must journey into the vast gloom to explore ancient ruins, discover forgotten secrets and battle the horrors that lurk within.”

What do you think of this reveal? Does WRATH: Aeon of Ruin seem like a game you’re interested in or does it look too old-fashioned for you? Let us know your thoughts in the comments section below the article.

War Journalists Use Call of Duty: Vanguard To Capture Realistic Photos
Next
Next Week’s New Inside Xbox Has “Exciting News” Involving Halo: The Master Chief Collection
Previous
Valley Is Out Now on the Nintendo Switch