Square Enix is Helping to put the Gay in Gaymers

The Mardi Gras Parade in Sydney, Australia has a history of about 40 years. Like many LGBTQ+ marches, this one started as a march of solidarity for the community. You can view its history on their official site. Fast forward to today, Sydney is gearing up for their 2019 Gay and Lesbian Mardi Gras Parade. But what does this have to do with video games? Well, Square Enix has announced that there will be a Final Fantasy XIV float in the parade this year. And it’s not for no reason, the MMORPG has quite a LGBTQ+ community of its own. 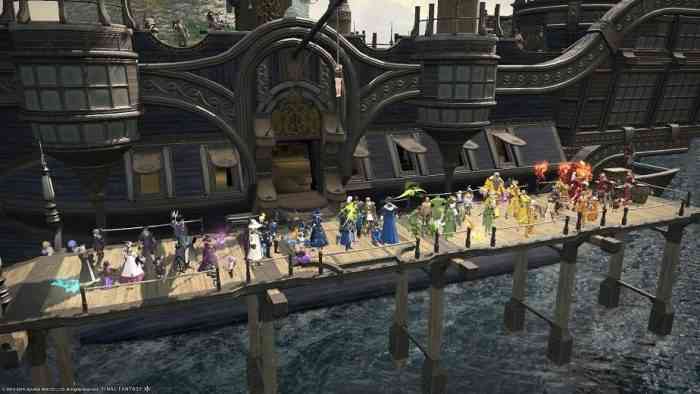 Final Fantasy XIV is not the first MMORPG to have LGBTQ+ communities. The World of Warcraft guild Proudmoore is a very prominent LGBTQ+ group in online video games. This year will be the 15th annual Pride parade hosted by Proudmoore. Back to Final Fantasy. Final Fantasy XIV was not always so welcoming of same-sex relationships in the game. When it first launched, players were asking for in-game same-sex marriages and many forums were shut down because of their content. Now, not only same-sex marriages are allowed in-game, but their are Pride parades held every year.

Now IRL, Square Enix is collaborating with the Sydney Gay and Lesbian Mardi Gras Festival in making a float for the parade. No images of the float have surfaced yet, but the parade is on March 2nd, so hopefully we will see something soon. The Sydney Gaymers organizer Peak Distapan said, “It means so much to receive direct support, validation, and acknowledgement from such a force in the industry. Not only that, to be supported by a game where so much of our community and values are represented.” Sounds like they’ll be having a Gay ol’ time. Get it? GET IT?

What do you hope to see in the parade? Let us know in the comments below.