Fallout 3 Remaster may be on the Horizon – Follow the Signs!

Bring Back a Classic to Win Back the Fans

Bethesda has been keeping its cards close to the chest about something. It started a couple of days ago when a “Mystery Bethesda Title” appeared on Amazon. There were placeholder images, so no box art to see. There were also standard, deluxe, and collector’s editions, all priced at $59.99. They have since been taken down, but accompanying these products was the classic Fallout countdown sequence. Remember that; we’ll come back to it. It will play in to why this “mystery title” could be a Fallout 3 remaster. 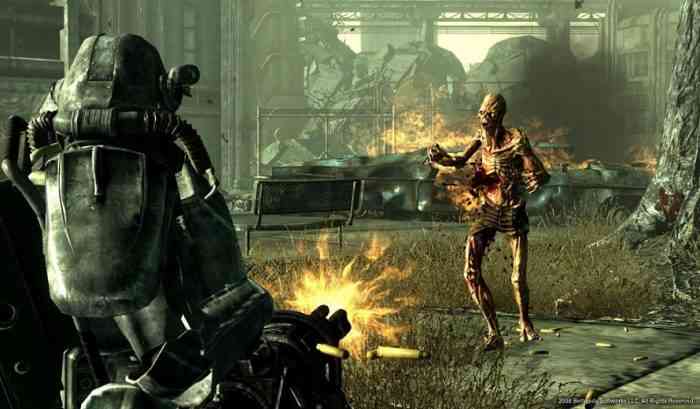 Get ready for some conspiracy theory memes. The purchase options for the title were PC, Xbox One, and PS4. Fallout 3 was released on PC, Xbox 360, and PS3. Xbox One and PS4 are the successors of the last generation of console Fallout 3 was released on. Coincidence? I think not! That may not be enough to go on to arouse suspicion, I admit, but that’s what they want you to think. Back to that countdown sequence. It counts from ten to zero, you’re all familiar with these numbers. If you look carefully, when the countdown hits three, a small ‘L’ is marked in the bottom-left-hand corner of the image. [Insert Always Sunny conspiracy theory meme]

Why is there an ‘L’ there? Why is it on the three? There are those as intellectually developed as I am that see through Bethesda’s tease. The three indicates a Fallout 3 remaster. No one knows what the ‘L’ means… Except me. It stands for “Look closer, sheeple! Fallout 3 is coming back!” It makes perfect sense! Fallout 76 was a diversion to throw us all off the scent of Fallout 3! Bethesda, you sneaky sumbitch.