Flyhigh Works has confirmed that the super-cute Captain StarOne is releasing for the Nintendo Switch on February 7th in North America. It’ll launch in Europe, Australia, and New Zealand on February 12th.

Just what the heck is Captain StarOne, you ask? Make sure you check out the trailer above to get an idea. If you’re still a bit confused, below is an explanation courtesy of the developers themselves.

Captain StarONE is a unique game blending action and ‘inaction’. You set your strategies and combos, then multitask as the game carries out your attacks. Watch the battles unfold and be ready to jump back in to guide our hero!

As enemies become stronger your strategies and actions change; you then assist the Captain for stronger moves! Make timely interventions to manipulate and generate combos, aim for major damage, strengthen equipment, organize teams and head to victory!

Get ready for a unique and comical space adventure in Captain StarONE! 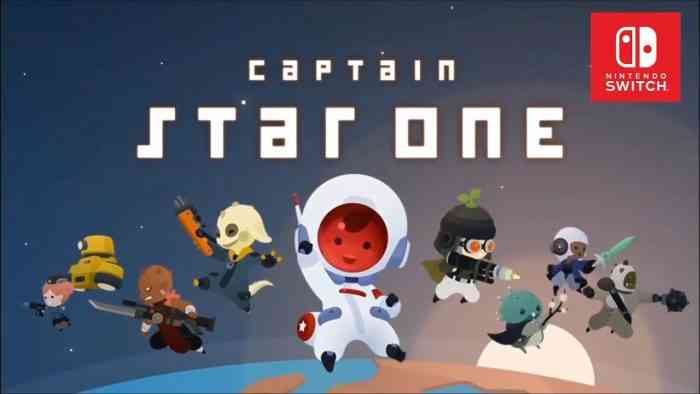 Sounds like a pretty fun little indie game, doesn’t it? It won’t break the wallet either. It costs only $9.99 USD / €9,99 / £9.19 from the Nintendo Switch eShop. You can also follow Flyhigh Works on Twitter for future game updates.

Will you be trying this on your Switch? Let us know what you think in the comments section below.