So, Jump Force is basically my mid-2000s dream. All my favourite animes coming together to face off against one another. But how exactly would that work? Whose world would they all go to? How would they be tied together? The new story-centric Jump Force trailer gives us some answers. The trailer refers to “Jump Worlds” and the “real world” or “reality”. This implies that the worlds our anime heroes are from are fake in this universe? Well, we have seen a familiar setting in previous trailers from the real world, looks like a New York or Tokyo or something. 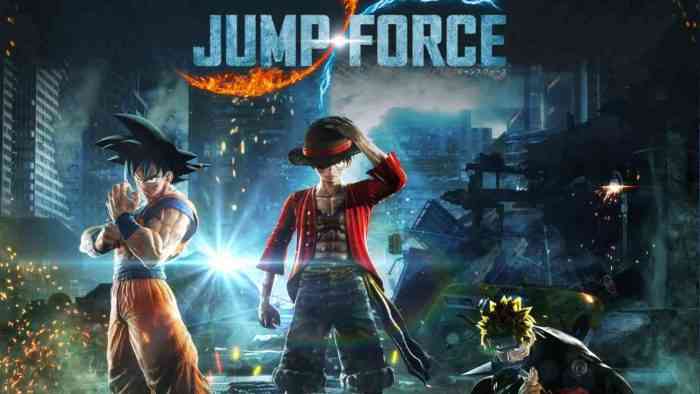 Let’s get to the actual story from what the trailer has shown. There are four new characters that were created specifically for Jump Force and not from any other franchise. These are Glover and Navigator, allied to the heroes, and Galena and Kane, allied to the villains known as Venoms. We see Navigator and Future Trunks putting a cube inside someone, while saying that they are being brought “back to life as a hero”. The cubes are apparently some source of power for the heroes and villains; heroes have blue cubes, Venoms have red cubes. Glover is also seen gathering the heroes and speaking to them.

On the other side of the coin, we see the villains. Kane is featured bringing about some sort of Armageddon and saying that he will remake the world where only power is respected. Classic villain stuff. We also see Light Yagami and Ryuk hanging out. Light mentions something about wanting the “Venoms to stick around”. This suggests he is not apart of the hero faction, but we’ll see.

What do you think of the new Jump Force trailer? Let us know in the comments below.

In Less than 24 Hours, Jump Force Will Be Removed from Digital Stores
Next
Hitman 2’s Third Elusive Target “The Appraiser” is Live Now
Previous
The Unbelievably Charming Pikuniku Launches Today on Switch, PC