But What Could It All Mean?

This is still firmly in rumor territory, but here goes: Even more retailers around the world have started showing listings for Assassin’s Creed III for the Nintendo Switch. While this isn’t a straight-up confirmation or anything, it seems like the predecessor for one, at least. 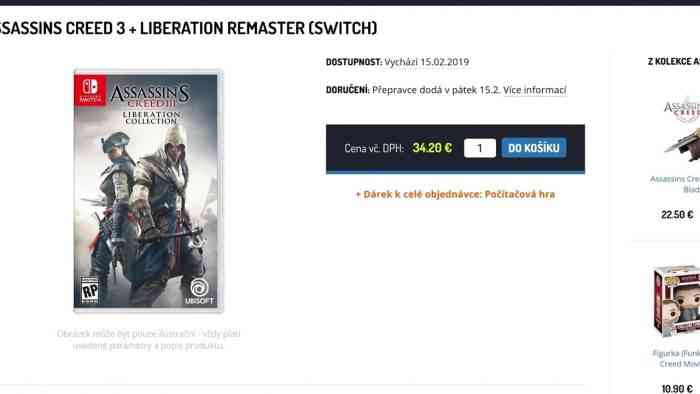 To date, we’ve seen a German retailer with a listing, as well as a series of Czech operations. The listings show a release date of February 15th, which is almost certainly a placeholder. That seems like a pretty quick turnaround between announcement and release. While this doesn’t help with the authenticity cause, there’s also some convincing cover art! You can see how super real it looks in the image above.

Okay, so people can drum that up with Photoshop, but this looks fairly legit. To date, the only Assassin’s Creed we’ve seen on the Nintendo Switch has been through the Japan-only streaming service. North America’s internet isn’t great, so it’s unlikely we’ll see that system here anytime soon. Instead, we’ll have to hope that this delicious rumor turns out to be a correct one. Although if we’re gonna put an Assassin’s Creed game on the Switch, why not Black Flag?