Half-Life mod Half Payne gets its final big update, after first being released in 2016. If you are not familiar with Half Payne (don’t worry, you’re forgiven) it is basically Half-Life with the bullet-time and sweet diving of Max Payne. That’s the core of the mod. Other than those features, the biggest changes the mod provides is playing as Max Payne, the painkiller health system, and the Max Payne commentary. 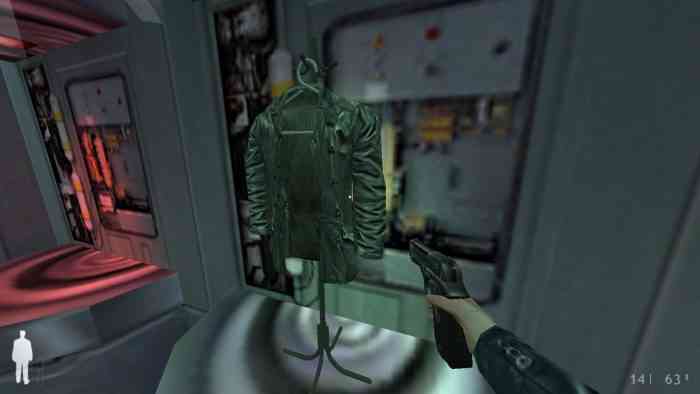 Just as Max does in his own game, he will often narrate his life as you play the game and comment on gameplay situations. These situations include finding/taking painkillers, taking damage (from enemies or himself), and being without ammo. Gordon Freeman was speaking as Max Payne would be weird, so the player’s model is now reskinned as Mr. Payne. As Max Payne doesn’t wear an HEV suit, he uses his painkillers to heal himself. The health bar, bullet-time meter, and painkiller counter is present in Half Payne just as it appears in Max Payne. HEV chargers now obsolete, but they are now replaced with medicine cabinets which hold painkillers.

So what does the final update bring? One iconic sequence (for better or worse) from Max Payne are the nightmare sequences. One such nightmare is brought into Half Payne in this update. It also features a randomizer, which periodically applies effects like “Drunk Look”, “Friction”, “Weapon Push Back”, “Infinite Ammo Clip”, and “Weapon Impact” to name a few. Most of them are self-explanatory, but things like Weapon Impact knocks you back upon taking damage or Drunk Look makes your aiming wobbly and adds difficulty to aiming. Half Payne also features Twitch Integration and allows views to influence what effects the player is given. Other games that have done this include Ultimate Chicken Horse, Immortal Redneck, Cluster Truck, and Choice Chamber. This gives players unlimited replayability as no two runs will be the same. Half Payne can be downloaded on Mod DB.

What say you to this mod? Let us know in the comments below.

Valve Is Tidying up Half Life 2 and More for Steam Deck
Next
Eh, What’s Up, Hawk?: Skate Jam Could Have Been a Sequel to Space Jam
Previous
Start The New Years Right & Save Some Money On The Best PC Games & Accessories