Yes, This Is An Actual Game

Maneater is a singleplayer action-RPG where you can take control of shark that wants to chomp on people and it’s launching on Epic Games’ recently announced online store for the PC in 2019. Maneater will come out on other PC platforms 12 months later, according to a press release. 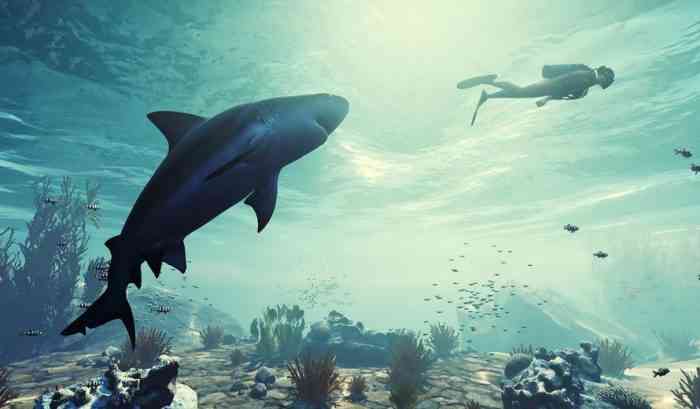 Maneater is a revenge story (yes, seriously) that’s set in an open “living, breathing” world in the southern part of the US Gulf Coast. Players can stalk their prey through swamps, find sunken shipwrecks, or just swim around in the big blue ocean, the press release also read.

Also, our shark protagonist is customizable when it comes to having several different playstyles. “Role-play and customize your shark with a variety of stat driven systems,” a blurb on the game’s official website reads. “Evolve different parts of your body to improve how they function, or pump up your ferocity to enter brief feeding frenzies.”