Here’s an update on something fangled. THQ Nordic has released a new trailer for their long-awaited game, Biomutant. As far as new IPs go, this has to be one of the most interesting and ambitious since Horizon: Zero Dawn. Players take on the role of an anthropomorphic rodent with special powers and combat abilities, which players can customize. 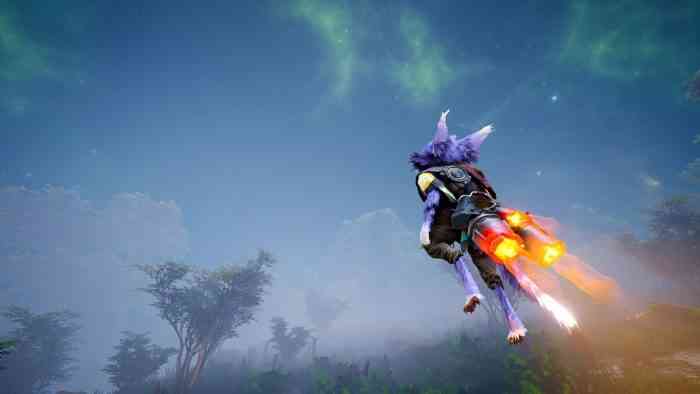 Like with abilities, players can also customize their mutant’s appearance to their hearts’ content. Character creation feeds into the theme of mutation, from the color of the fur to the shape of the ears. The new trailer tells us that players can also garb themselves in some colorful, strange outfits that range anywhere from a ninja to an X-man’s fashion sense. More than fantastic outfits, however, unique mechs look like an integral part of the gameplay. At the very beginning of the trailer, the hauled piece of scrap may be a hint that down mechs can be repurposed.

The stunning world presents a broad range of environments. The tailer previews tundra, more of dilapidated modern society, and murky deserts. It’s populated with plenty of freakishly mutated creatures. Common enemies take the form of carnivorous furballs, and the biggest boss looks like a giant rant-raving rabbid hybrid. There’s even a Sarlacc pit. Don’t believe me? Well, check out the trailer below.

As of yet, Biomutant doesn’t have a released date. The game was announced as early as Gamescom 2017, but none of the previews thus far have hinted at a concrete release window. Fortunately, our hands-on preview tells us that gameplay has proved over the course of a year. For now, we can only assume that THQ Nordic is hard at work polishing the game for its 2019 release. The game will offer an open world experience in a wasteland filled to the brim with bizarre mutations. Stay tuned for updates as we learn more.

Knights of Honor II: Sovereign Will Officially Release In Early December
Next
Square Enix Apologizes for ‘Just Cause 4’ Technical Issues
Previous
Shadow of the Tomb Raider Now Has a Free Trial