Is it too late to say sorry?

Bethesda has a ways to go to get back in good standing with its dedicated Fallout fans. Their latest peace offering is the Fallout Classic Collection. In a short tweet, Bethesda announced that any player who logged in to Fallout 76 during 2018 will receive this offer. The collection is comprised of Fallout, Fallout 2, and Fallout Tactics: Brotherhood of Steel. As of yet, the delivery method for these games has not been specified, but it is likely that players will receive download codes. 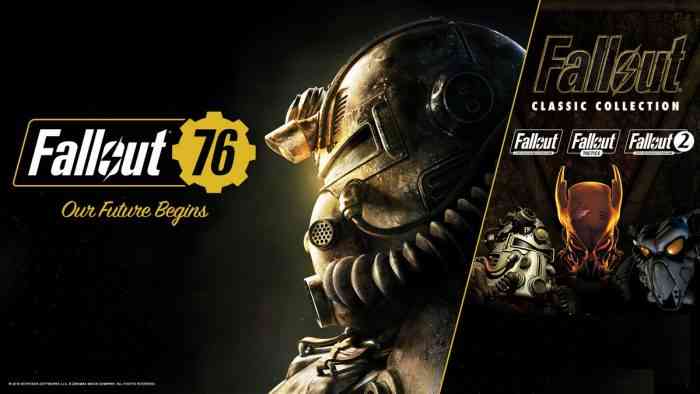 As the above tweet mentioned, Fallout 76 players of every platform will be given access to these games. The games will not be available on the PS4 or Xbox One, but they will be given the PC versions nonetheless. No exact date has been given for what they are calling the “entitlement”, but Bethesda does expect it to be sometime in January.

Is it enough though?

While the sound of three free games should bring smiles to many faces, let’s put this into perspective. The Fallout Classic Collection was originally a pre-order bonus, according to PC Gamer. Also, at different points in time, they have been free. Currently, they all cost under $3 on Steam. So, players are looking at a less than $10 value from Bethesda. On one hand, free games, but on the other hand, cheap games. And again, the collection was already a pre-order bonus, so those people won’t be getting anything extra at this time.

The collection is made of reputable RPGs, so if you’ve never experienced them, then this might just satisfy, but people will always find something to complain about. They might be justified in complaining when taking into consideration all the controversy surrounding Fallout 76.

So, what’s everyone thinking? Is this a step in the right direction for Bethesda? Is it too little, too late? Let us know down below in the comments, and stay up to date with all our Fallout 76 news on our site.