Atari and Nightdive Working On A Blood Re-Release

Soak Up Some Gory FPS History

Nightdive has been making a name for themselves by bringing classic games into the modern era. The studio’s next project is a gory old FPS title known as Blood. Atari and Nightdive are teaming up for the Blood re-release to make sure this cult classic is ready for the 21st century and all its newfangled computers. 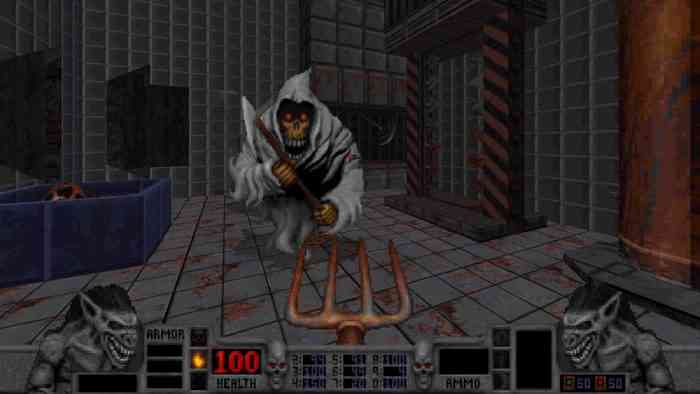 I’ll be honest, I had no idea this game existed before now. Regardless, I admit to some intense curiosity on the subject. An old-school FPS full of skulls and blood and demons? It sounds like a 90’s buzzword mashup, a desperate clutch at success in the shadow of Doom’s monstrous impact on the industry. Also I am 100 percent on board.

Thankfully, Nightdive is making only a few changes to the original release. Blood will still look and feel like the FPS excavation we need, just modified so we can actually play it. The retro graphics, sound and animation will all be intact. There’s no concrete release date set at this point, but the developers are aiming to get Blood on all the modern storefronts. That means Steam and GOG and maybe more of them? New ones are popping up all the time, after all. Stay tuned for more details!

Street Cleaner: The Video Game–the Game Adaptation of an 80s Action Flick That Never Was