This Digital Edition Is Only Available for a Limited Time

A new digital edition of NHL 19, titled the “NHL 19 ’99 Edition”, is all about NHL legend Wayne Gretzky and additions to the game’s Hockey Ultimate Team (HUT) mode. 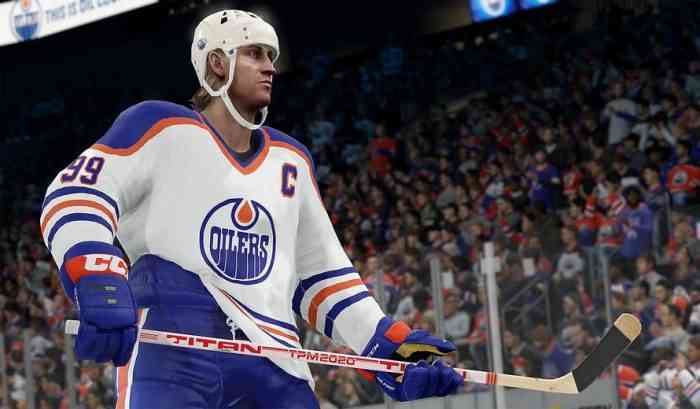 Those one-of-five Gretzky items are from his stints on the Edmonton Oilers, New York Rangers, Los Angeles Kings, Team Canada, and St. Louis Blues. NHL 19 players who purchase this edition of the game will also be able to choose one-of-six NHL legends such as Mark Messier and Brett Hull for their HUT.

“It’s such an honor to be recognized in this great way,” said Wayne Gretzky in a press release. “NHL 19 is an incredible gateway for hockey fans to play and enjoy the sport in a way that allows them complete freedom to live out their fantasies in the sport.”

“Being able to pair legendary players like Mario Lemieux, Teemu Selanne, and Peter Forsberg with the current day stars like Connor McDavid and P.K Subban on a single roster is a dream that can only be realized in a video game. I’m thrilled to be part of that,” he also said.