For those that haven’t been keeping up to speed, a brand new uber-fast arcade racer called GRIP: Combat Racing launches today on PS4, Xbox One, Switch, and Steam. You can check out the slick launch trailer below.

Published by Wired Productions and developed by Canadian-based studio Caged Element, GRIP: Combat Racing is a spiritual successor to Rollcage back in the 90’s. It’s been developed using Unreal Engine 4 and is being called “the fastest racing game on four wheels.” It supports online and offline play with split-screen races and tournaments.

“Creating GRIP has taken us on a twisting, flipping, rollercoaster of a ride,” said Chris Mallinson, Game Director on GRIP: Combat Racing. “Going from prototype, through early access, and now an all-platforms launch, we’re incredibly grateful to all the people who have helped make our vision a reality. We look forward to bringing even more content to the game after launch, and excited to see how the game is received.”

Speaking of bonus content, a new course called SAAT Coast set in a perilous jungle has already been released as free DLC. It joins the game’s existing 22 gravity-defying tracks. 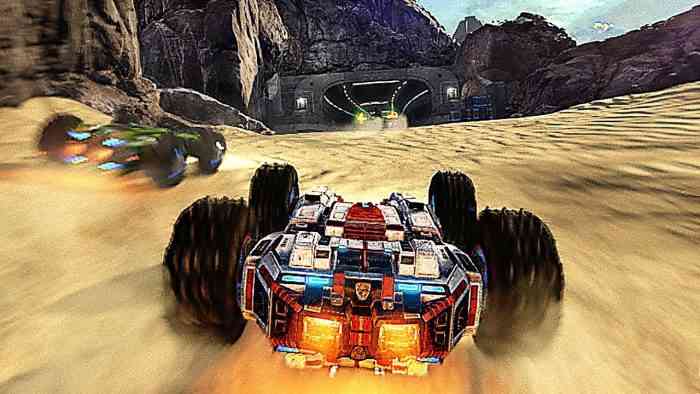 The game is available digitally on PSN, the Xbox Games Store, the Switch’s eShop, and Steam. It is also available physically at select retailers. It is priced at $39.99 on console and $29.99 on PC. Additionally, if you’re an Xbox Games Pass subscriber, you can start downloading the game starting today.

Looking for an in-depth review? Look no further than our launch review.

Are you excited to dive into GRIP: Combat Racing? Share your thoughts in the comments below.