It Broke Early, so Here Are the Fixes

On the irradiated road to the wasteland, we’re learning more about Fallout 76 through the beta. Apparently, Bethesda has issued a new patch to address the various issues that have cropped up. The file size is 30 GB, which goes to show how busy the team has been. Here’s what we’ve learned. 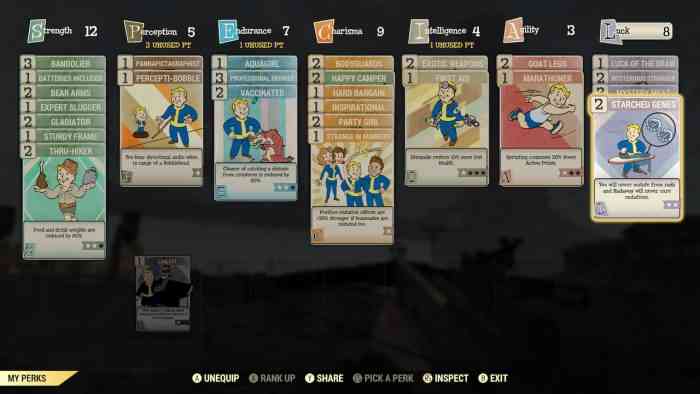 According to the patch notes for Fallout 76, there’s been a bit of a balancing act. Mid to high-level Scorched have had their health and damage slightly increased, while Super Mutants have received the opposite effect. Other mid to high-level enemies across the wasteland have witnessed a melee damage buff. Therefore, players should feel motivated to keep their distance.

Alongside balance changes to NPCs, Bethesda has implemented quite a few tweaks and fixes. The result should be a more stable game client, and a game that runs less like an underwater marathon. Only a few days remain in the beta, but players can still make a little more progress before the end. The last opportunities to make progress that will carry over to the main game, when Fallout 76 finally launches on November 14, 2018.

You can find the rest of the patch notes for the Fallout 76 beta below. The beta goes live today, at 10 AM PT. For some more info about the game, feel free to check out our segment where we dissect gameplay.

Many mid and high-level enemies have received additional balance adjustments. Some notable changes include:

Event Quests: The time required to restart a previously completed Event Quest has been increased from 45 minutes to 1 hour and 12 minutes.

Ghostwire: Tokyo’s Trippy Gameplay Trailer Revealed, Out to PS5 in 2022
Next
Overwatch: Blizzard Explains Ashe, Heroes in the Works, and Lack of Black Females
Previous
RDR2 Bug Causes People To Disappear From the Gang Camp