A new trailer for the standalone single-player campaign of Star Citizen, titled Squadron 42, has well-known actors such as Gillian Anderson, Mark Hamill, Mark Strong, and Henry Cavill delivering lots of dramatic lines in space. You can watch the trailer below!

Here’s the campaign’s story premise, per the official website:

“In 2495, the brave men and women of the United Empire of Earth’s Navy fight tirelessly to protect Humanity. While dangerous aliens like the Vanduul are a constant threat along the Empire’s borders, outlaws and bandits often prove just as dangerous closer to home. These massive capital spaceships keep a vigilant watch over Humanity’s star systems, ready to launch squadrons of deadly fighters should a threat arise. You are one of these brave men and women. You’ll serve alongside a vibrant crew, each with personalities and storylines of their own, while a dynamic conversation and reputation system allows you to define your character through your actions and interactions to craft an experience all your own.” 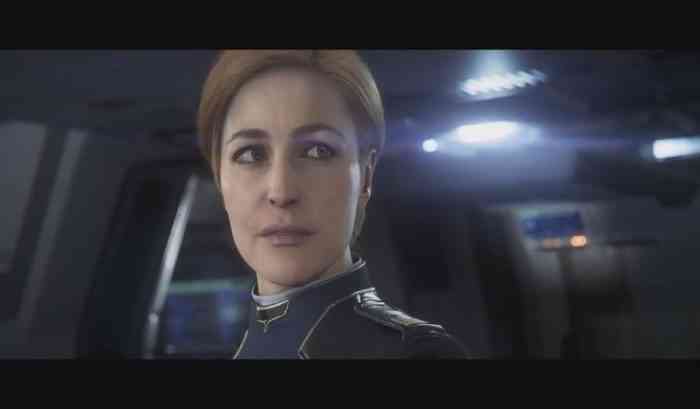 Squadron 42 still doesn’t have a release date (and neither does Star Citizen) but Star Citizen’s 3.3 alpha recently launched and it adds several new vehicles, new weapons, FPS A.I. for combat missions, and other features such as “Object Container Streaming“. The full roadmap for the 3.3 alpha can be read here.

What do you think of this trailer? Let us know your thoughts in the comments section below.