Borderlands 2 VR will launch for PlayStation VR on December 14th and will be priced at $49.99, announced publisher 2K Games on Tuesday. This upcoming game is the first VR entry in the Borderlands series and, according to Gearbox producer Brian Burleson, Gearbox “didn’t just cram Borderlands into a headset and call it a day”. 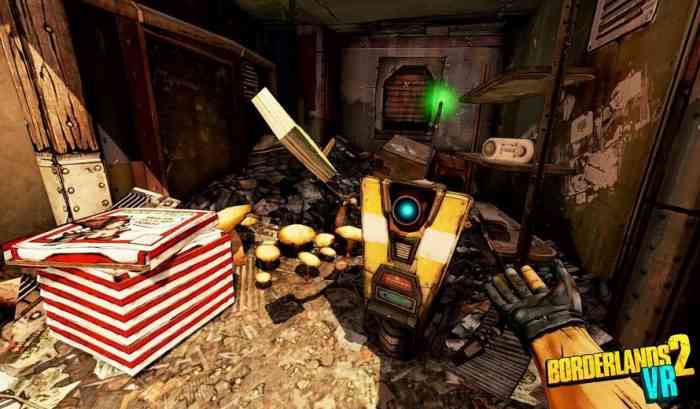 Borderlands 2 VR comes with new features for VR such as being able to drive in first-person and the addition of a slow-mo combat ability called “Bad Ass Mega Fun Time” aka BAMF Time. BAMF Time also has its own skill tree and the abilities that players could’ve obtained in the original game have been modified with this new feature in mind.

It’ll also still have the four playable characters (Axton, Maya, Zer0, and Salvador) that were in the original Borderlands 2 along with having that game’s massive procedurally-generated arsenal of guns.

However, unlike the original release, Borderlands 2 VR will be a singleplayer-only experience. Burleson said that Gearbox has “updated previous skills that relied on a co-op partner, such as Maya’s ‘Res’ ability, which now is called ‘Empathy’ – causing Phaselock to deplete half your current health, damaging enemies based on how much health you lost, and doubling healing during BAMF Time.”

Elex II’s Story Trailer Gives Sneak Peek At The Upcoming RPG
Next
Spider-Man PS4 Has a Very High Platinum Trophy Completion Rate
Previous
Report: The PS5 Might Not Be ‘A Major Departure’ From the PS4