The Rest of Its DLC Roadmap Has Also Been Announced

The first piece of Strange Brigade DLC launched on Tuesday and it added a new character named Patrick “Bash” Conaghan, a former rodeo rider. Bash comes with the game’s season pass but those who haven’t purchased it can buy Bash for $6.99. 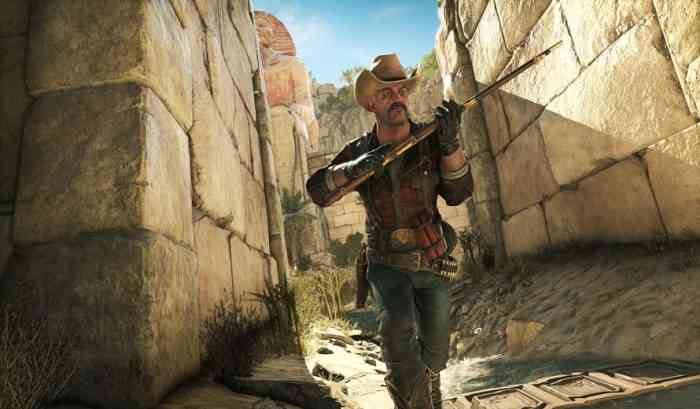 The DLC also added a new free map, “Palace”, for the game’s Horde Mode along with adding Score Attack mode for these three maps for free: Harbin’s Dig Path, Hidden Valley, and Tunnels of Wadjet.

The rest of the Strange Brigade DLC roadmap was also announced on Tuesday. The Thrice Damned Campaign is a three-part DLC series that’ll add more new characters, new campaign missions, new items, and new weapons. The official schedule can be read below:

What do you think of this roadmap? Let us know your thoughts in the comments section below!

Gran Turismo Sport Teases New Updates for 2020
Next
‘Moonlighter’ Comes to the Switch in November
Previous
Just Days Before Its Release Insurgency: Sandstorm Is Delayed