Take Back Hover City on Xbox One, PS4, and Nintendo Switch

Hover is a stylish parkour game set in the futuristic world of Hover City which is being controlled by The Great Admin, a government body oppressing the city and its inhabitants. You’ll take charge of a group of rebels deadset on sabotaging The Great Admin all while making amazing jumps and getting ridiculous speeds.

The game costs $24.99 and is already available for download on PS4 and Xbox One. Switch owners can pick this one up tomorrow on September 20th. Hover also adds cross-platform play which allows console and Steam players to play together. While Xbox One, Switch, and PC players can grind around together, those on PS4 can only hook up with PC players. Big surprise there! 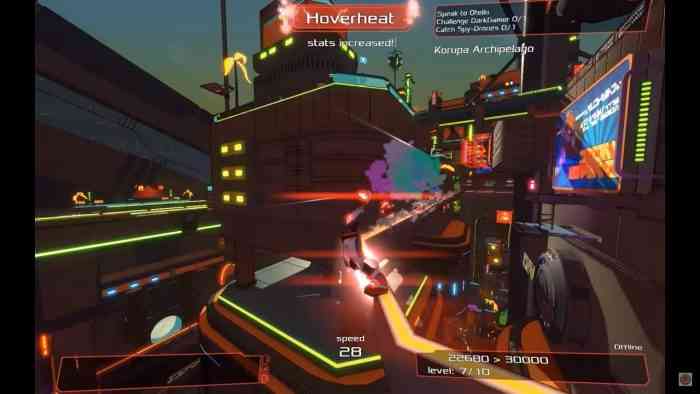 Below is a list of features of the game:

Are you looking forward to playing Hover? Let us know in the comments below.