Frostpunk: The Fall of Winterhome is an Intense Challenge and I Loved It

Hands On with Frostpunk: The Fall of Winterhome

Frostpunk as a whole has been one of the most wonderfully stressful RTS games I have played in a long time. For those who don’t know, Frostpunk takes all the joys of the top down real-time resource management you would find in a typical RTS and amps it up with terribly difficult moral choices and a constant threat of near-death at the hands of the weather or the people you are trying to save. Beating this game on your first try is a laughable, if noble pursuit as you will undoubtedly encounter a series of soul-crushing decisions one after another that only makes this game fantastically more intense.

If you have played and managed to beat the original scenario of Frostpunk, the name Winterhome should be familiar to you. In the early goings of the game a lone survivor makes his way to your small and (hopefully) bustling settlement and collapses in the snow, giving a grave warning of how there is no hope to survive and that everyone from his town – you guessed it, Winterhome – has died. This sets off a serious chain of events (yes, things do actually get even worse for you) and creates a political crisis you must resolve. Heading into this new content with that knowledge in mind, you must understand that regardless if you beat the Fall of Winterhome, this is a doomed scenario from the start.

Instead of beginning with a settlement to establish slowly, Winterhome is a fully formed city with hundreds of citizens. Riots have broken out, the last man in charge was killed, and nearly half of the settlement has gone up in flames. Winterhome drops you immediately in the thick of it, tasking you with keeping the people warm, fed, and removing all of the burned rubble to begin rebuilding your once fair city. The game does provide you some minor relief at the beginning with coal thumpers, collection huts, and numerous workers to immediately get started as well as daily shipments of a generous amount of coal to keep the core burning, however the kindness ends there. 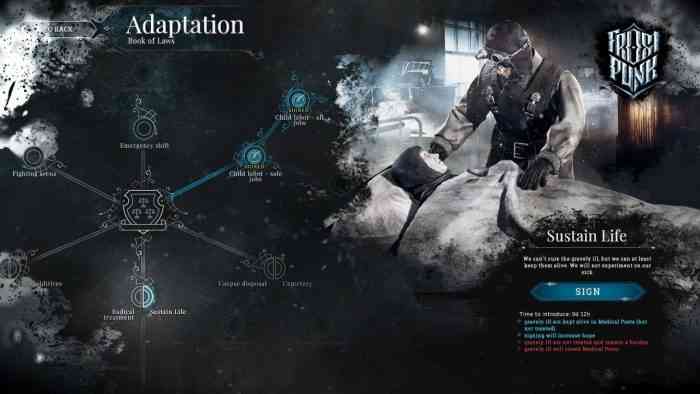 Almost immediately you will be tasked with reducing the discontent and increasing hope – which of course are two staples of the game – however these conditions are constantly being attacked by the needs of your desperate people. In the base game, one or two events will occur at a time – not so in Winterhome. You’ll be seemingly bombarded with the hungry and sick, kids getting hurt in the aftermath of the riots, homes not being warm, and so many other terrible scenarios. There is no time for you to prepare, you simply have to jump in and manage these things as best you can.

All of the skills you will have earned in the previous scenarios will become vital to success in Winterhome; need to ration the food? Make soup. They don’t like it? Give them moonshine. Need to add some hope? Introduce religion and have prayer meetings. The weather – while still just as brutal as before – isn’t quite as unforgiving as it was before. Instead the majority of your problems will come from the high population you need to manage. What makes this more tragic is that you quickly find yourself determined to help Winterhome prosper and thrive until you remember that this is a doomed scenario. You already know that Winterhome is destined to fall, you just don’t know yet how it will go down. 11 Bit Studios has made a scenario where you care deeply about these people in the hopes you can rewrite history… maybe you can? 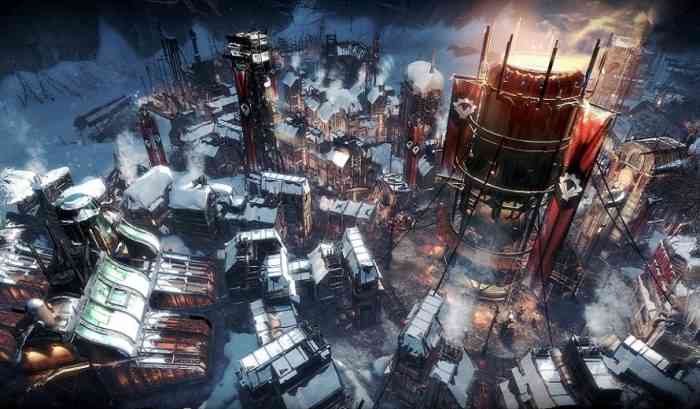 Frostpunk’s latest scenario also adds some visual changes and a few new mechanical updates that make the game run smoother, such as a resource and citizen management tab similar to what you might find in a 4X game. It is incredibly easy to navigate and is a welcome addition to the base game as it helps keep you on top of your vital income and make sure your people are keeping busy. Beyond these minor additions, Frostpunk was already a solid and well built experience from the beginning so I hope they don’t feel the need to make any more adjustments in the future. Each new scenario extends the life of the game by miles as you will struggle and fail to win several times before finally making it to the end.

Frostpunk: The Fall of Winterhome is a brand new scenario to an already fantastic game that requires you take everything you have learned from the game so far and put it to use as best you can. The inherently high difficulty the scenario begins with is enough to start you off with a serious challenge and yet is still forgiving enough to feel like it can be overcome. It’s a great scenario both from a challenging gameplay standpoint and from a compelling narrative view we didn’t get to see in the original game. While the new content does add some tweeks and new features like the resource management screen, it isn’t a huge update because Frostpunk simply doesn’t need it. If you’ve played through the game and love the challenge of keeping your people alive, The Fall of Winterhome is going to be a perfect addition for you to overcome.