Switch Getting Comics With Inky Pen This Year

A Whole Bunch Of Them, Too

While the Nintendo Switch has been out for over a year, it’s still more or less only for playing video games. You can’t use it to browse the internet or watch Netflix yet, but soon you’ll be able to read comics on it! Inky Pen is a comic streaming service launching on the Switch this fall. 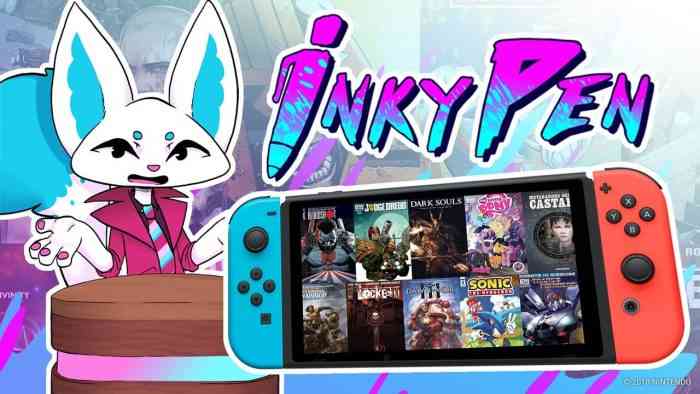 Inky Pen’s creators got frustrated with the lack of cool comic sub services and decided to make their own. There’s no piecemeal purchases to wade through, just a $7.99 monthly subscription fee. The site boasts about ten thousand titles at launch, though there isn’t a comprehensive list just yet. However, there’s a number of publishers who have already signed on to the service.

So far IDW, Valiant, Andrews McMeel and Dynamite have lent their respectable libraries to Inky Pen. There’s also some international names attached, such as Humanoides Associés. The Big Two aren’t on the list, but they have their own streaming services and no need to cooperate with anyone. This still gets you a wide variety of fascinating titles, many of which appear to be game adaptations. If nothing else, the chosen companies seem even more appropriate in this regard. You can check out the incredibly brief teaser trailer below. Inky Pen is launching on the Nintendo Switch this November.