Dontnod Reveals a Full Trailer for Life Is Strange 2…Finally

Earlier this month Dontnod Entertainment released a short little teaser trailer for their upcoming sequel Life Is Strange 2. Now, they’ve just dropped an exciting new reveal trailer and it’s not just a teaser. Of course, if a brand new, full trailer for the sequel to the popular episodic game isn’t enough, the developers have also shared a bunch of details about the story, characters and more! 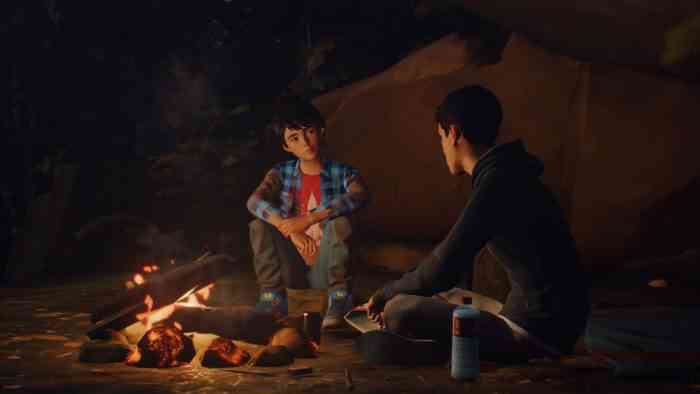 When they piqued our interest with a reveal teaser earlier this month, Dontnod promised that they would release an official full trailer today and so they have. The trailer reveals two new characters to the series, 16-year-old Sean Diaz and his 9-year-old brother Daniel Diaz, as they take a journey from Seattle, Washington to Puerto Lobos, Mexico. “Following a tragic event, their lives are forever changed. Now on the run from the police and threatened with both separation and incarceration, Sean decides to take his younger brother and seek a better life in their family’s home town of Puerto Lobos, Mexico.” You can check out the all new trailer below.

According to the blog post accompanying the trailer shown above, Dontnod also shared a few more interesting details. As they’ve just revealed players will only be able to control Sean, however they have noted that while you can’t directly Daniel, your actions will shape him. Considering just how choice-heavy the first game was, it should come as no surprise that Life is Strange 2 will be full of tough choices, all of which will directly shape the game. “Playing as Sean, you will need to make the kind of tough choices you can expect from a Life is Strange game, and you will need to live with the consequences of your actions. The game will this time focus on brotherhood alongside the need to guide and educate your younger brother whilst simultaneously coming of age yourself. As with previous games in the series, Life is Strange 2 will tackle a host of issues that all of us can identify with and that will cause moral dilemmas and require much soul searching. These themes come together most powerfully in the way Daniel will develop depending on the lessons you teach him and the role model you decide to be.”

And there’s one more exciting aspect to look forward to: Life is Strange 2 will give players a brand new power. Of course, the announcement post didn’t expand on it any more than this, though it should be only a matter of time before we find out. After all, it was also announced that gameplay footage will be released soon, on the Life is Strange Youtube channel. And if you’re lucky enough to get to attend Gamescom 2018, you can also check out the Square Enix booth to check out the opening scene of the game.

Episode 1 of Life is Strange 2 is set to release late next month, on September 27th, and is available right now. Are you excited about what you saw in the brand new trailer? Will you be getting in on the action next month? Let us know your thoughts in the comments below and don’t forget to keep it locked for updates!