Now You Too Can Battle To Get Into Valhalla

After a successful closed alpha, Frostkeep Studios is bringing Rend to the public with an open beta, courtesy of Steam Early Access. By the month’s end, you too can sign up to battle for ascendancy. If you missed out on the closed alpha, now’s the time to sate that nordic wargames curiosity. 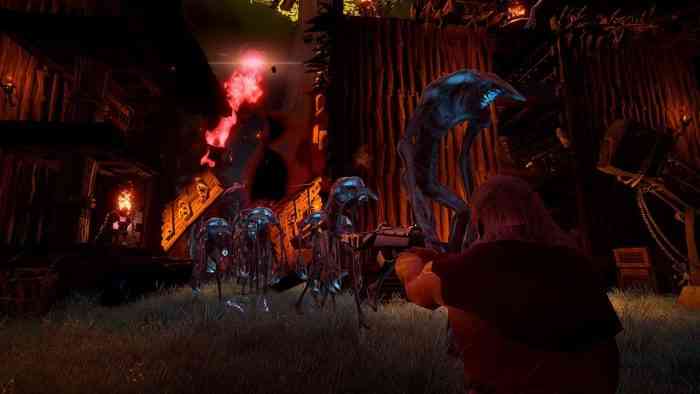 While a lot of these elements seems familiar, they’re spun up in a way that has me pretty curious. Rather than setting out and hoping for an ally or two, Rend sets you up with one of three factions right from the get-go. Then, you work with said faction for the whole cycle to try and claim victory for your team. The winners get cool rewards, while the losers get deep resentment and motivation for the next cycle.

The concept seems like a fascinating one, assuming one faction doesn’t just win a whole bunch of times and tip the cosmic balance. If that happens, can the other two factions join forces to overthrow the new tyrants? If so, count me in for sure. All this demon fighting and base building is great, but that faction-based revolution is the real meat. Rend’s Steam Early Access phase starts on July 31st, 2018.

Obsidian’s Grounded Blows up on Steam
Next
Everything You Need to Know to Be Ready for Tonight’s Fortnite Season 5 Release
Previous
Destiny 2: Forsaken Gets Nailed for Blood, Violence and Cuss Words by ESRB