When Ni no Kuni 2: Revenant Kingdom launched on PS4 and PC four months ago, it did so alongside a paid season pass for upcoming extra content. The strange thing was that no one knew the details about when the additional DLC would drop or what sort of content it would bring to the action RPG. 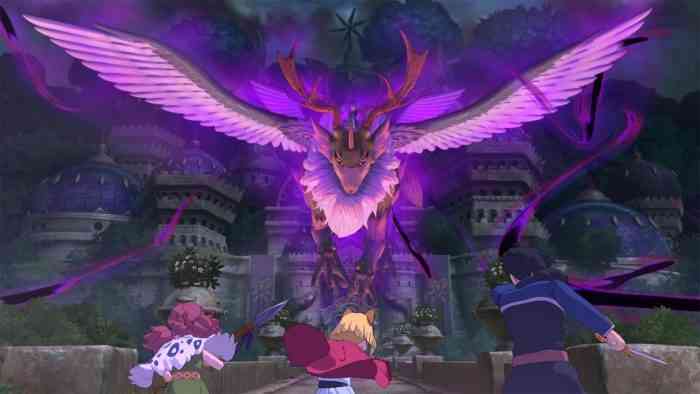 Bandai Namco has finally put an end to the wait, with a couple of release windows for the season pass content including a free Adventure Pack DLC coming to everyone next month on August 9th.

The Adventure Pack brings new challenges to the game including additional floors to the Faraway Forest. Completing said floors will net players with new costumes for Evan and other characters. There will also be two new stronger bosses to battle called Blackhart and Zeta. Additional quests will unlock after completing the main game, as well as unique rewards to collect.

The second untitled DLC is coming this Winter and will feature a brand new “puzzling” dungeon. The press release states that “players will face a series of difficult challenges and powerful enemies while trying to reach for the deepest floors with great rewards awaiting those that do!”

Finally, the third DLC is the big one fans have been waiting for. It will add a new story expansion with “new exciting content and game features.” Bandai Namco says more details will be shared soon.

We called Ni no Kuni 2: Revenant Kingdom a “sensational, well-crafted, and loveable game.” Read our full review here or watch our video review below.

Let us know what you think of the upcoming DLC in the comments below.