The haunting soundtrack for Square Enix’s Final Fantasy IV was just released in the form of guitar-based covers. Guitar Collections Final Fantasy IV is now available on Bandcamp for $10 and includes 12 tracks, including some of the game’s most popular songs like “Theme of Love” and “Illusionary World.”

Square Enix already has its own Piano Collections that contained new versions of songs from various Final Fantasy albums. And although the Guitar Collections takes inspiration from this project, it was released by Scarlet Moon Records.

“The Final Fantasy IV soundtrack stands out to a lot of people because it was the first Final Fantasy to hit the Super Nintendo,” said Jayson Napolitano, Scarlet Moons Records producer. “This greatly improved upon what the NES was capable of, and it brought a whole new feeling of wonder and fantasy to the game now that you could actually introduce semi-real instrumentation.”

“There was also a lot more music compared to some of the earliest Final Fantasy games, with the epic and cinematic ‘Red Wings’ starting off the game and the adventurous overworld theme,” he added. “We wanted to because for these reasons, but also because Square Enix kicked off its Piano Collections album series with Final Fantasy IV, and so it seemed fitting to do the same with our Guitar Collections series.” 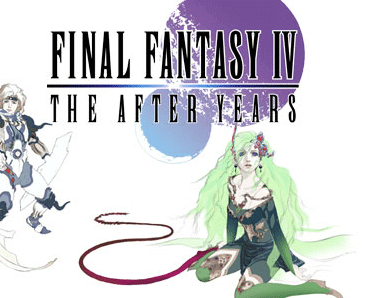 “The arrangements capture all the magic of Nobuo Uematsu’s original compositions while adding new emotional depth that I think every fan will appreciate,” Napolitano said.

The package also includes an original song called “The Crystals” written by featured guitarist William Carlos Reyes of the band The OneUps.

“For my own composition I attempted to do several things at once,” he said of the song. “The song actually came from my feelings I had about the entire project. I didn’t exactly know how to transcribe how I felt, so I wrote this to try and capture the feelings instead. My style and influence are very much in the vein of Spanish and romanic music with a hunt of melancholy.”

You can purchase the CD on Bandcamp or stream it on Spotify.

Final Fantasy 16 Isn’t Turn-Based to Appeal to Younger Fans, Says Dev
Next
The Free Games Coming to Twitch Prime in August Have Just Been Revealed
Previous
Industry Analyst Says Next Xbox Console Will Have a Better Lineup at Launch