Our first gameplay reveal for DOOM Eternal, the anticipated sequel to 2016’s franchise reboot, is roughly a month away. 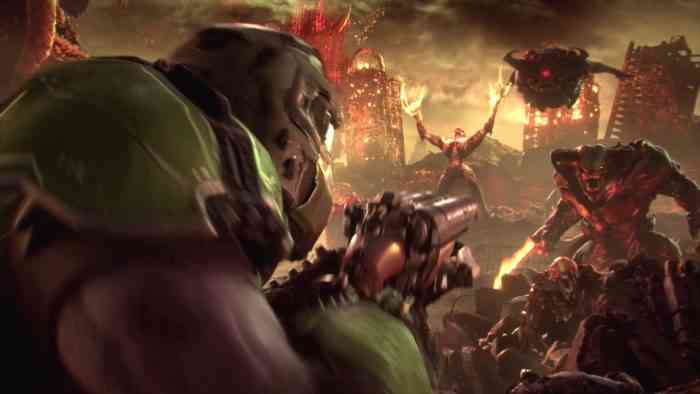 According to a tweet from the official DOOM account, Bethesda is set to drop the first proper look at the bloody sequel at QuakeCon on August 10th. The reveal will take place during the company’s keynote presentation and will be live-streamed on Bethesda’s Twitch channel. There aren’t any more details to go off of, such as what time the trailer will make its debut. It’s also unclear if this will be just another short trailer or a full-on demo. We’re hoping it’s the latter.

DOOM Eternal was first announced at E3 in June during Bethesda’s media briefing. The brief teaser trailer we got showed a ravaged world invaded by the monsters and demons of Hell. The sequel will feature new enemies and more powerful abilities for the silent DOOM marine. We’re expecting a bigger, better, and more badass game than the original based off of what little we know.

QuakeCon is an annual convention in Dallas, Texas that celebrates and promotes various game franchises by id Software and their owner, ZeniMax. Not only is it common for new id games to make an appearance, it’s also known for its large competitive gaming events and cash prizes. QuakeCon takes place this year between August 9th and the 12th.

How excited are you for DOOM Eternal? Will you be tuning in to the live stream? Share your thoughts in the comments below.

Ubisoft Shows Off Rainbow Six: Extraction Gameplay In Trailer
Next
There Will Be Another ‘The Witcher’ Game, Says CD Projekt Red
Previous
Rekkr Brings Some Norse Fantasy to the Original DOOM