When You Need That Competitive Hearing Advantage

With all these software announcements coming out of E3, inducing sweat and all manner of hype, it’s easy to forget that there’s hardware out there available that can make every game more enjoyable. Better yet, they can facilitate a competitive advantage in eSports, your favorite Battle Royale, and then some. That’s why Turtle Beach is here today, to announce their all-new Stealth 300 and Recon 200 gaming headsets. 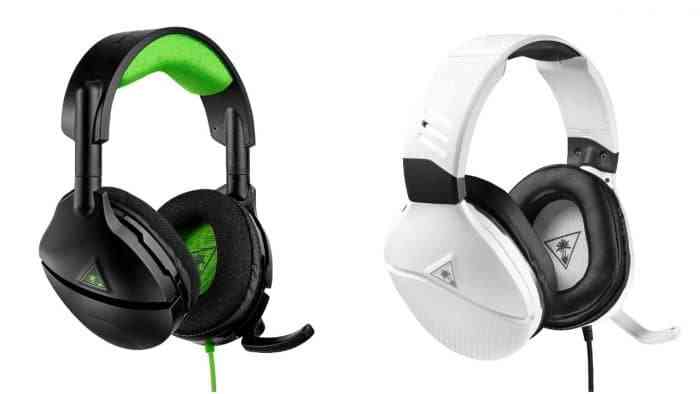 The success and popularity of Turtle Beach are evidenced by fantastic partnerships, like their latest partnership with OpTic Gaming’s League of Legends (LoL) squad. This band of competitive players will exclusively don the Elite Pro headsets, quality gear that we’ve covered in the past. Then, we have the numbers – Turtle Beach has somehow managed to outpace industry competitors by 38%, according to CEO Juergen Stark. Headsets like the Stealth 300 and Recon 200 are the types frequently advertised and worn for the sake of a competitive advantage in Fortnite and PUBG. Speaking of the latest headsets, you can read all their details below: 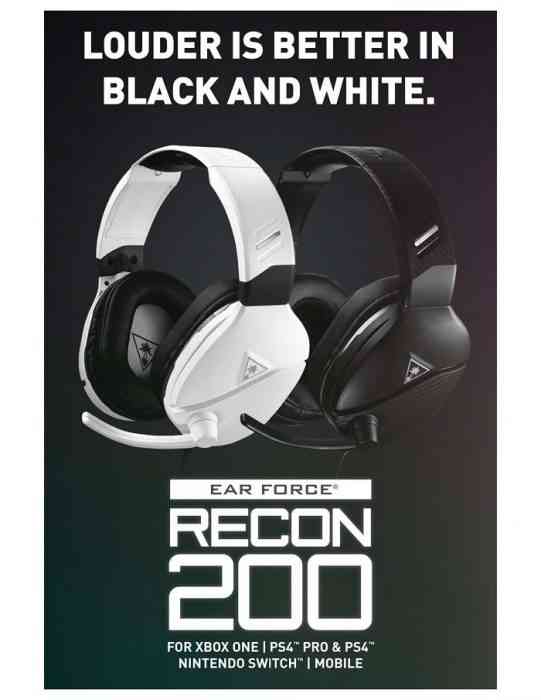 With the Recon 200, gamers get a sleek-looking new headset in black or white that delivers powerful amplified audio with enhanced bass. Whether you play on Xbox One or PS4™, the Recon 200 gaming headset delivers high-quality game sound and crystal-clear chat through 40mm speakers and a high-sensitivity flip-to-mute mic. Additionally, the Recon 200’s metal-reinforced headband and synthetic leather-wrapped memory foam cushions provide added durability and unmatched comfort. The Recon 200 has a rechargeable battery that delivers over 12-hours of gaming per charge and features onboard controls for Master Volume, Variable Mic Monitoring, and for selecting between Xbox One and PS4. The Recon 200 also works great with Nintendo Switch™, PC, and mobile devices with a standard 3.5mm headset jack, and will be available at retail this fall for a MSRP of $59.95. 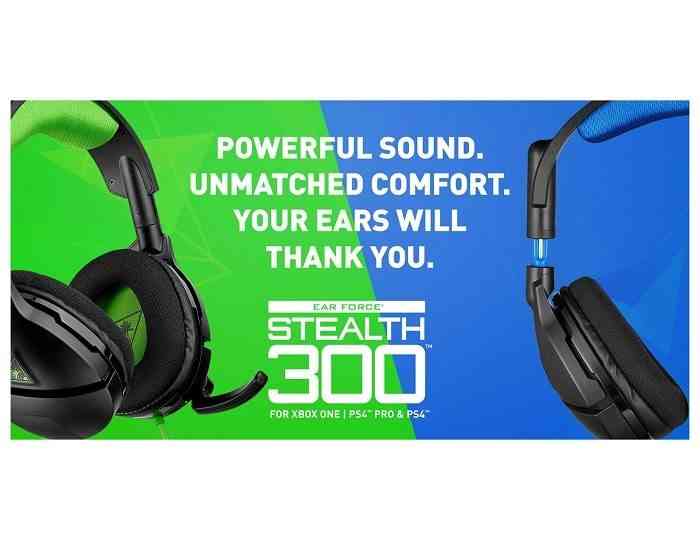 The all-new Stealth 300 incorporates many key features from this year’s top-selling headset in North America1, the Stealth 600, to give a superior new option for gamers looking to level-up their gameplay experience with a powerful wired headset. The Stealth 300 headsets for Xbox One and PS4™ deliver the quality and features gamers want, including a metal-reinforced headband, Turtle Beach’s unique ProSpecs™ glasses friendly design with memory foam ear cushions, a flip-to-mute mic with variable mic monitoring, and a 40-hour rechargeable battery. Additionally, the Stealth 300 for Xbox One is optimized to deliver Microsoft’s Windows Sonic for Headphones surround sound to further immerse gamers in their games, movies, and music. The Stealth 300 for Xbox One and PS4 are planned to launch at participating retailers in July 2018 for an MSRP of $79.95.

The Turtle Beach Stealth 300 and Recon 200 are unavailable for pre-order as of yet but stay tuned for updates when we have them. In the meantime, we’ll be delivering the latest surprises coming out of E3 2018.