Pokemon Quest Comes to Android and iOS for Free

After nearly a month since its debut on the Nintendo Switch, Pokemon Quest is available to play for free on both iOS and Android. However, it seems you aren’t able to transfer your Switch save over to your mobile. 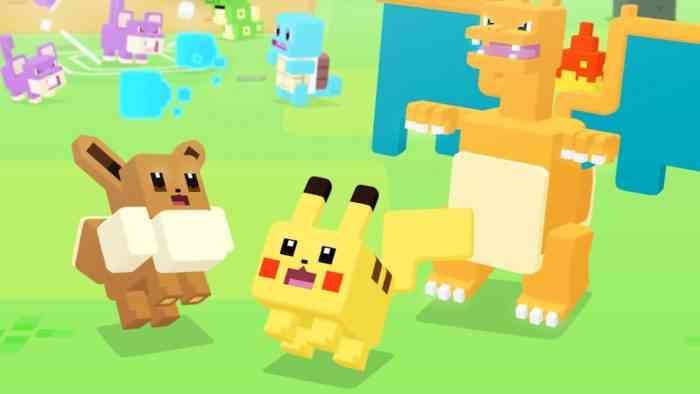 After the success of Pokemon Quest on the Switch, it isn’t any surprise that Nintendo would want to bring it over to mobile. The game has you build a team of three Pokemon and travel through various islands to gather consumables to catch other Pokemon with.

These consumables can be placed into a cooking pot to create a meal, which will attract a random Pokemon once it finishes cooking. The recipes for each meal vary depending on the Pokemon you want to catch, as different ingredients will attract different Pokemon.

The cooking pots are placed in your base camp, which is where the Pokemon you catch will rest. You’re also able to decorate your base camp with furniture that grants you or your Pokemon bonuses as you explore, ranging from increased ingredient drops to experience increases.

There are currently only the first generation Pokemon available in their cute, blocky form, but this game has plenty of potential to grow and introduce newer generations.

As you progress through the different islands you’ll unlock tougher challenges to complete, which all leads up to the end-game for Pokemon Quest and the chance of catching some Legendary Pokemon.

As it is a free-to-play game, there are some in-app purchases, which range from $3 up to $20. These include various starter packs, which give the player more cooking pots to attract Pokemon with, and more decorations to place around your camp.

There is also a limited time offer for players who buy the ‘Mini Expedition Pack’ which gives players a special Pikachu which knows the Surf attack.

Players of the Switch version will be disheartened to learn that they are unable to carry their save over to their mobiles to play on the go, however. As stated in a Pokemon blog post:

‘Please be aware that save data from the Nintendo Switch version of Pokémon Quest cannot be transferred to the mobile versions nor vice versa.’

We can only hope that Nintendo and The Pokemon Company decide to revert this change later down the line, and apply a feature similar to Fortnite, where a player is able to log in to their account on multiple devices.

What are your thoughts on Pokemon Quest? Let us know!