Nidhogg 2 Coming to Xbox One With Two New Levels

The Nidhogg Will Never Be Sated, Requires More Sacrifices

The sword-fighting-tug-of-war’s new levels include the developer’s own offices, Messhof Corporate Headquarters, as well as an Elevated Train stage, in which players will continue their endeavors to sacrifice themselves to the Wurm. 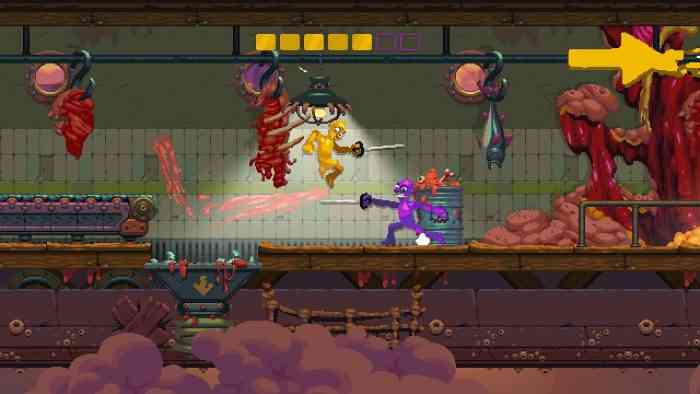 In a press release, Messhof has also mentioned that the game is also coming to Nintendo Switch but says that “that’s an announcement for another day.” Hopefully soon!

Prepare yourself for sacrifice when the game hits Xbox One on July 19th.

Be sure to check out our review of Nidhogg 2, which is currently available for PC and PS4, and stay tuned to COGconnected for all the latest gaming news!

Kerbal Space Program Enhanced Edition Is Now Available On Next Gen
Next
These Green Hell Survival Tips Are Fascinating as All Hell
Previous
The Halo TV Show Is a Go, Showtime’s ‘Most Ambitious Series Ever’