The trailer features the new theme song by Utada Hikaru called Don’t Think Twice, and ends with the confirmation of the release date that has been making the rounds this morning.

I’d like to point out how hilarious it is that Sora is like “You can control ice?” even though he’s been controlling various types of magic, including the changing of space and time themselves, throughout the entire course of the series. 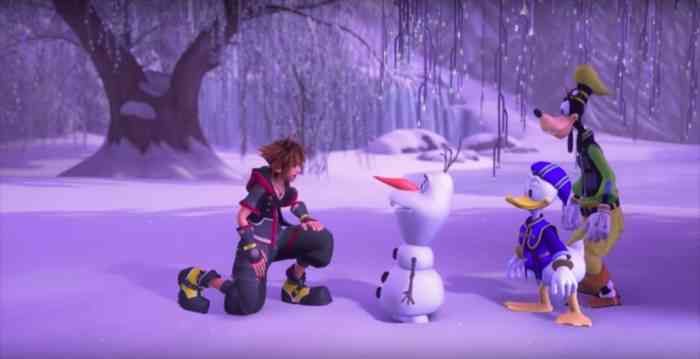 What do you think of the new Frozen world? Let us know in the comments! And be sure to check out our coverage of all things E3 including the official reveal of Shadows Die Twice, and Forza Horizon 4.