Ex-Ninja Gaiden Devs Create ‘Rockshot,’ Which Looks Like Fortnite & PUBG Had a Baby

Today, Soleil Ltd. has released Rockshot into Steam Early Access, a free-to-play multiplayer PvP title with base-building mechanics. We already know what you’re going to say, but the game looks unique enough to stand on its own. Plus, it’s one of the few recent shooters to not pose as the next battle royale experience. Later on… perhaps. 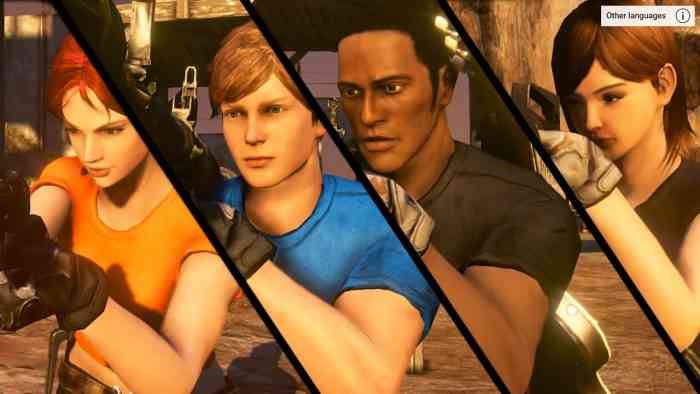 The folks over at Soleil are being led by ex-Ninja Gaiden and Dead or Alive developers. To some extent, they’re offering their own twist on multiplayer shooters. Players have the option to switch between third-person and first-person, like PUBG, but have the freedom to build bases, like in Fortnite. The similarities then end, and the mayhem is what players make of it. The construction element allows players to build and defend fortifications, after which they can upgrade and expand to increase their “sphere of dominance.”

Judging by Rockshot’s official description, the game encourages team play through the promise of mutual rewards. As if surgical airstrikes weren’t their own reward.

Cut your teeth and earn experience in many familiar game modes, while enjoying some less familiar fare involving chickens, melons and zombies in regularly rotating event game modes. Perfect your melee combos using your favorite toys from a wide range of weaponry, including katanas and “Flying Vanguard” electric guitars. Or go apocalyptic and pound your enemies with surgical airstrikes to earn additional firepower, outfits and items for your team base.

PC players may find RockShot familiar because of its ties to Devil’s Third Online. Originally spawned from the Wii U game Devil’s Third, the online title was developed by Valhalla Game Studios and published by Nexon. The game has since been shut down, but some of the devs moved on to Soleil. Thus, RockShot provides something of a spiritual successor.

Will you be playing the game on Steam Early Access? What do you think of the gameplay footage? Comment down below.