Win a Copy of Crytek’s Hunt: Showdown; Full Details Inside

Win a Copy of Hunt: Showdown for PC

Hunting season is upon us. And what better way to get your hunt on than with a brand new PC game, Hunt: Showdown. For those who aren’t familiar, Hunt: Showdown is the latest game from Crytek, the developers of hit games like Crysis, Far Cry, and Rise: Son of Rome. While the game is still in Early Access, so far all signs point to this being another big hit.

Hunt: Showdown is a first-person shooter that places you in an open-world swampland filled with all manner of creatures and people to square off against. You can go it alone, or team up with friends, the choice is yours. And to spice things up, you’ll also be given various objectives to complete. So if you’re in the mood to hunt down giant spiders, zombie-like creatures, or other rednecks, this is probably the type of game you’ve been longing for.

COGconnected’s very own Garrett Drake has spent quite a bit of time with Hunt: Showdown, so if you’re looking for even more reasons to enter this contest, you can check out some of his content here on COGconnected. He provided us some gameplay video, hints to get you started, and a look at some of those Early Access bugs. 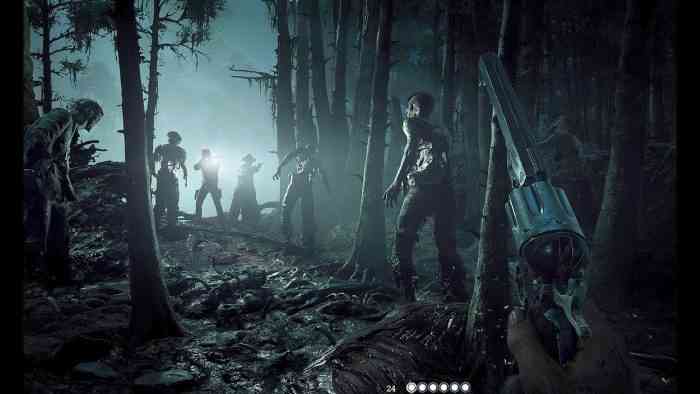 By now, I’m sure you’re just ready to jump into the hunt and fortunately for you, we have five copies of Hunt: Showdown to giveaway in our latest contest. Polish your shotgun, take a swig of moonshine, and follow the prompts in the Gleam below. Best of luck to all who enter.

Win a Copy of Hunt: Showdown for PC

Hunt: Showdown Is Temporarily Removing Leaderboards
Next
The Crew 2 is Getting a Closed Beta Later This Month
Previous
Microsoft Unveils the Xbox Adaptive Controller for Disabled Gamers