‘Vampyr’ Will Only Have One Save Slot for An Entire Playthrough

Vampyr, an action-RPG about a vampire in 20th century London, has been described by its developers at Dontnod Entertainment as a game where your choices matter. Apparently, one of the ways they’re planning on making players stick with the consequences of their choices is by only giving them a single save slot for an entire Vampyr playthrough.

The official Vampyr Twitter account confirmed this last Friday when asked directly about the game’s single save slot feature.

“Yes, you only have one save,” the account tweeted in response to the question. “We’re working hard to make sure no technical issue will obstruct your playthrough.”

This decision is a pretty surprising one. Vampyr is an open-world RPG with a main quest that is expected to take 15 to 20 hours to complete. There’ll also be sidequests for players to tackle as well. Combine all that with how often modern games have to put out post-launch updates in order to fix bugs or even the possibility that a save could become corrupted or broken and this decision seems somewhat risky. 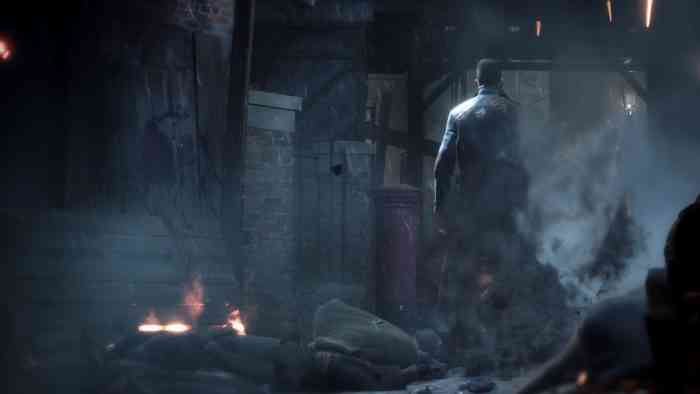 We’ve reached out to Dontnod and the game’s publisher, Focus Home Interactive, for explanations about this feature and will provide an update if we get a response.

It should also be noted that the game’s protagonist, Jonathan Reid, can choose to kill or spare certain NPCs who all have individual lives & stories and if Reid kills too many citizens in a single district then that district could “collapse”.

“Investigating citizens’ lives will allow Reid to decide who is more ‘deserving’ of sacrifice – or he can simply give in to his hunger and treat the mortals as blood bags,” a recent press release stated. “Either way, killing certain citizens will have a greater impact on the local ecosystem than others, while simply killing too many may cause an entire district to collapse.”

With all this in mind, it seems like the choices players will have to make in Vampyr will have to be carefully considered.

Vampyr is scheduled to come out on June 5th for the PC, PS4 and Xbox One.