Earlier today, we told you about a Walmart Canada leak where a Rage sequel, a new Splinter Cell, an Xbox One version of the Final Fantasy VII remake and more were spotted on the Walmart webpage. Of course, not everything on that webpage seems accurate or legit but it hasn’t stopped the gaming world from buzzing all day long. Bethesda’s Pete Hines and the Rage Twitter account reacted to the leak in just about the best way possible. 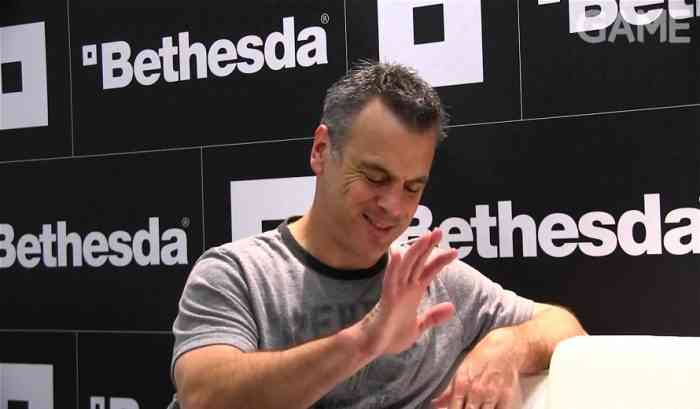 Granted, there isn’t a huge demand for another Rage game. The original Rage game wasn’t exactly a hit in the sales department. Neither Bethesda or id Software have hinted at a possible sequel. Regardless, it certainly appears it’s coming.

Soon after the news of the Walmart leak began to surface, the official Rage Twitter account was re-activated. It had been dead since mid-2015 but came back to life with a savage little tweet:

You know what they say, where there is smoke there is fire and this suggests to us a Rage sequel is in the works. Chances are we will see more activity from this Twitter account before E3.

Bethesda’s Pete Hines also took to Twitter and it doesn’t appear he is happy about the entire situation. This one particular tweet is just amazing:

Go buy a Magic 8-ball at WalMart and ask it.

This is why we can’t have nice things. https://t.co/ZhOHGsITfp

In any event, we’ll be monitoring the situation closely as we get closer to E3 and be sure to share official information when we have it.

Elder Scrolls VI is Nowhere Near Ready According to Pete Hines
Next
Double Fine Looking to Hire More Developers for Their Unannounced Game
Previous
The Bloody and Ruthless ‘Milanoir’ Is Coming to Switch, Xbox One, PS4 and PC This Month