Lacrosse Coach Struggles as He Loses Team to Fortnite

Fornite is massively popular—you probably pass by dozens of kids playing it on their phones every day, even if you don’t realize it. And while it has caused plenty of problems in schools, it looks like it’s interfering with kids outside of the school environment too, as evidenced by a desperate lacrosse coach’s email to parents. 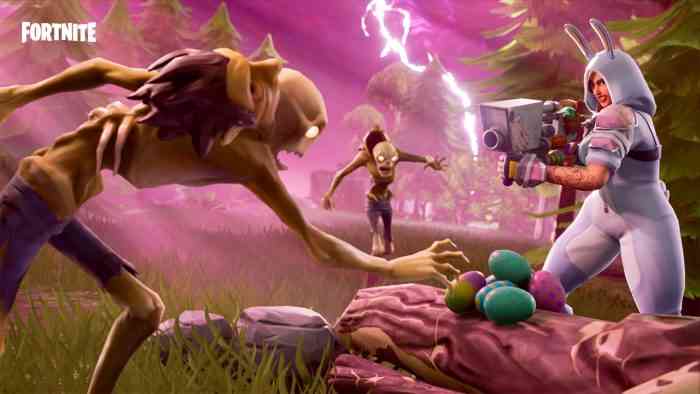 The coach claims that the majority of his team “focuses on the Fortnight video game,” admitting that his “son is leading this pack and like most others, he has spent very little time, if any, practicing and preparing on his own. Instead they play the video game as much as they can and waste our time in practice talking about it.”

“We cannot even pass the ball around the perimeter without throwing it away,” he says later in the email. “We miss the goal or drop the ball, WHILE STANDING ON THE CREASE, one-on-one with the Goalie.”

Apparently, this is “only the second time in 37 years” that the team has not improved along with the season’s progression, and the culprit is the menace that is “Fortnight.”

The story has a happy ending though—since the email was written, the team qualified for the playoffs.

The full email is below.

I am reaching out to the parents to explain some changes that I am making for the last 3 remaining games.
My next few paragraphs pertain mostly to the Experienced players on this team.

For 37 years I coached and played lacrosse at all levels.
From Youth League, Summer league, High School, Division 1 College (2 colleges [redacted] and [redacted]), Club league in Australia and Men’s club league.
I am used to being around players that enjoy the sport of Lacrosse and want to get better at it.

Every successful team has leaders.
These are the Players that practice many hours ON THEIR OWN to become better players.
By example, these players also make the team, league and individuals around them better too.
These hard working players allow the team to be competitive in a game and still get everyone in the game, so that the newer and younger kids can play and enjoy the games as well.

We do not have anyone like this on our team this year.

Not Everyone, but most of our team, focuses on the Fortnight Video game instead.
My son is leading this pack and like most others, he has spent very little time, if any, practicing and preparing on his own.
Instead they play the video game as much as they can and waste our time in practice talking about it.
This is not what I had in mind this year when I pushed to split the teams equally and coach one of them.
The players from our team last year have not made any effort to improve and it shows on the field.
We cannot even pass the ball around the perimeter without throwing it away.
We miss the goal or drop the ball, WHILE STANDING ON THE CREASE, 1 on 1 with the Goalie.
This is only the second time in 37 years that our team did not improve as the season progressed.

This brings me to why I am taking the time to send this email.
Coach [redacted] and I care a great deal more about improving this team, then the starting players themselves, who should be the leaders.
This is proven by the lack of effort outside of practice to improve their shot or work on the things that we coach, such as where to hold the stick.
This lack of effort is each players choice to make and I realize this fact.

I am disappointed with myself for not realizing these player choices sooner, especially before the [other team] Game.
The [other team] Game and this last [other team] Game are the only 2 games in 37 years where I did not get everyone in the game.
I am sorry for this and Coach and I will make sure to play everyone for last 3 games, no matter what the score.
The backup players can throw the ball away and miss shots just as easily as the experienced players who do not practice!

Part of our job as coaches is to prepare the kids, the ones that truly want to play, for the next level.
I feel this is worth addressing to you as parents, if your son is looking to play Lacrosse as a Freshman.
It would be wise to discuss this (Effort vs Reward) with them now.
JV and Varsity are very unforgiving. If you do not practice on your own, you will not get on the field to play in the games.
There are too many kids ahead of you that want to become better players and work hard at it.

In closing, we only have about 3 weeks left and the we will play everyone in these last three games.
To finish out the season, I am not going to add anything new or advanced and we may even look to have 2 practices a week instead of 3.
If we make it to the playoffs, we will see how it goes from there.

I am open to comments and feedback.

In 2022, Imp of the Sun Will Light A Fire in Your Heart
Next
Far Cry 5 Fan Makes a New Ready Player One Arcade Map
Previous
Don’t Miss These Rock Bottom Prices For Yakuza 6: The Song of Life For PS4, Sea of Theives For The Xbox One And Much More