This Summer’s LEGO The Incredibles Boasts New Modes of Play

With a summer release announced just a few days ago, more information has been released regarding the upcoming LEGO Incredibles launching June 15th for the Xbox One, Nintendo Switch, PS4 and PC in the US and July 13th in the UK. 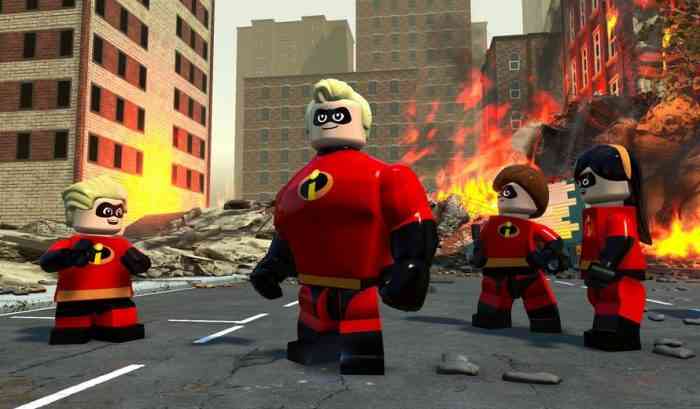 In LEGO The Incredibles, players will control their favorite Incredibles characters ala every other LEGO game and team up as a family to vanquish crime. With the patented LEGO aesthetic and TT Games’ signature LEGO humor, the game will recreate memorable scenes and dramatic action sequences from both movies, making it the perfect companion to the upcoming, highly-anticipated movie sequel.

Players will have a lot to look forward to in the game. For one, TT Games have made sure players can truly use the family’s powers and techniques in unique and interesting ways — even to build massive LEGO structures with which to incorporate into strategies.

A bevy of side quests will also be available in-game in the form of City District Crime Waves. In them, players will be tasked with taking down iconic Super Villains that control the different districts in an open hub world for an engaging free-play experience.

The opportunity to customize characters will also be included, facilitated by the memorable and bombastic fashion designer Edna through the Edna “E” Mode. Using it, players will be able to modify their character’s appearance and abilities for even deeper gameplay.

This latest entry in TT Game’s LEGO series cements it as one of the leading development studios in the family-friendly action-adventure space. With such a large demographic and a successful multi-platform strategy, it’s no wonder why the studio has gone so far with their quality entries.

Are you looking forward to the next The Incredibles movie? Let us know in the comment section below!