Dead in Vinland: A Viking Tale of Survival Arrives Today

If you’ve ever sought an interactive take on the harsh life of a Viking colonist, French developer CCCP may have the experience for you. Dead in Vinland is a new title for PC and Mac tells a tale of Vikings in the New World, and it is available now. 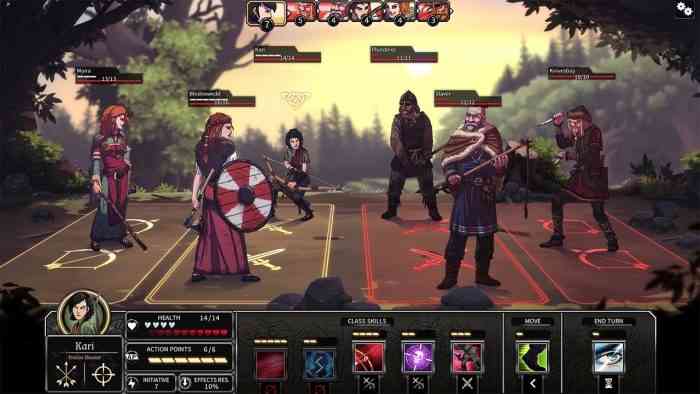 Dead in Vinland offers an intimate management experience with Survival RPG elements through its unique setting and cast of characters. After starting a new settlement, the task of allocating resources and labor falls to you. And how you conserve basic necessities could ultimately determine the fate of your people and your brave new settlement. But you’re not alone, and the world serves as an unforgiving character of its own. Difficult choices, beautiful animations and maps, and tactical combat come together in this Viking tale.

We’re overjoyed to release at last our little baby after 2 years of intense development! We can’t wait to see how players will struggle to survive and see the end of this journey into Hell, and what strategies they will discover that even ourselves weren’t aware of,” said Matthieu Richez, CEO of CCCP and Lead Game Designer. “We’ll offer a good beer to the first player who reaches the end of the game in hard + true Viking mode… Good luck!“

Dead in Vinland is available now on PC and Mac for $19.99 USD/ €19.99. There is currently a 10% launch week discount when you pick up the game on Steam, GOG, or Origin, and it will last until Thursday, April 19, at 10:00 AM PDT. Alternatively, you can stay tuned for our review of the game due to arrive very soon.