With its impending release only two weeks away, Nintendo has launched a free playable demo for Kirby Star Allies on the Switch eShop. 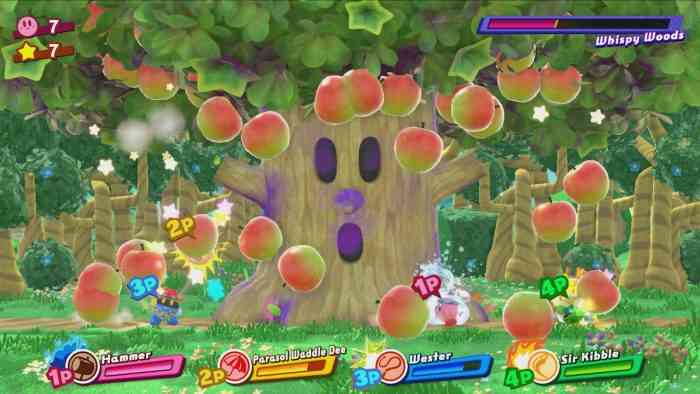 Nintendo had actually released the demo in Europe three days ago with no mention of whether or not it would come out in North America. Thankfully, Nintendo made the right decision and has made it available for download today.

The demo features two levels to try: Grasslands, and Cave and Castles. While those titles aren’t exactly exciting, the levels are enjoyable and provide a taste of what’s to come in the final release. There’s a brief tutorial as well, including how to use Kirby’s new friend capturing technique. This turns enemies into friends, who immediately join your party and add offensive abilities to the mix.

There’s a two-player co-op mode you can try out as well. With its emphasis on recruiting multiple members to fight alongside Kirby, it’ll be nice to have one of them be a buddy of yours.

Finding the Kirby Star Allies demo can be a bit tricky to find. You can find it under the Coming Soon tab, then within the Kirby Star Allies pre-order page. Below the price is an option to ‘Download Demo.’ You can also simply search for the game in the eShop search bar. The demo isn’t very big so it shouldn’t take long to download.

Are you excited? Let us know what think of the demo in the comments below.

Clubhouse Games: 51 Worldwide Classics Review – A World of Classic Games in Your Hand
Next
Team Who Ported Skyrim to Switch Want a Crack at Monster Hunter
Previous
Monster Hunter World Is the Best-Selling Game in Capcom History