Finish Clementine’s Story Once and for All!

Telltale Games officially announced the final season of their The Walking Dead series on Friday. This upcoming season is the fourth season in Telltale’s zombie apocalypse series. 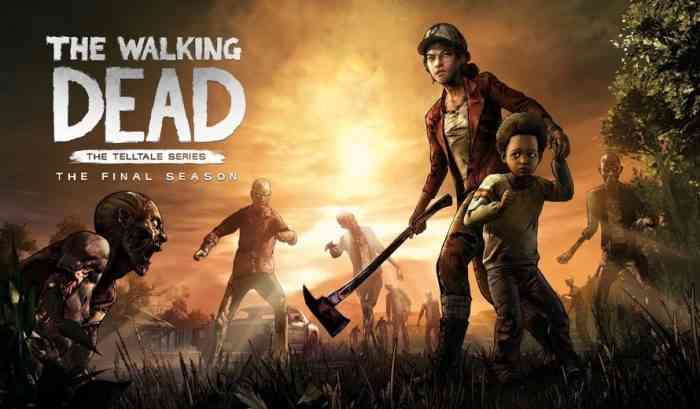 Telltale also announced that the game would be shown at their panel at this year’s PAX East convention on April 6th at 12:30 PM EST. The panel will include the voice actress of Clementine, Melissa Hutchison, and several members of the developer team. The panel will also be streamed on Twitch

There will also be a stream on that same day where the developers will answer questions about upcoming season. The stream will take place from 2 PM to 3 PM and will be on the Skybound Twitch channel.

It is currently unknown which platforms the game will be on but presumably it’ll be available for the PC, Mac, PS4, Nintendo Switch and Xbox One.

Unfortunately, things are reportedly not going so well at Telltale right now. The developer is reportedly suffering from a toxic workplace due to an unpopular boss and creative stagnation. Telltale CEO, Kevin Bruner, reportedly created a “culture of fear” and has been described as a micromanager and a “creative bottleneck”.

The developers are also allegedly suffering from being overworked due to all the games that Telltale has worked on throughout the years.

“‘Crunch culture’ is well-documented and endemic in the game industry, and Telltale was no exception,” the report from The Verge read. “Some former employees reported working 14- to 18-hour days or coming in every day of the week for weeks on end. But where most developers go into ‘crunch mode’ in the final months of a game leading up to its launch, they described it as constant.”

“Because of the episodic nature of Telltale’s games, the studio’s development cycle was a constantly turning wheel. As soon as one episode wrapped, it was on to the next one, over and over with no end in sight,” the report continued.

The fourth and final season of Telltale’s The Walking Dead is scheduled to start coming out later this year.