Rocket League and Hot Wheels: A Match Made in Heaven 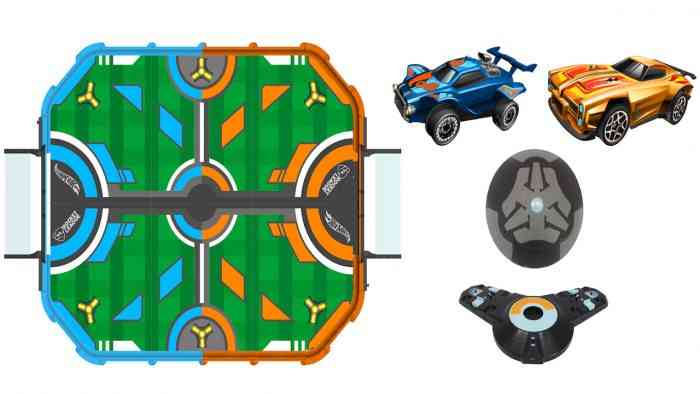 The entire set is really something to behold. It comes with a Rocket League-designed mini stadium loaded with infrared sensors and LCD scoreboards. You get a pair of tiny RC cars that can be controlled to score a giant ball (but also mini) into your rivals net. It works by using the free accompanying smartphone or tablet application.

The two RC cars, which are modelled after the ‘Octane’ and ‘Dominus’ cars, are Bluetooth-enabled and can be controlled using your device’s touchscreen as a replacement for actual remotes. Scoring is tracked as well, thanks to a built-in IR signal inside the ball that talks to the LCD scoreboard.

Some people may scoff at using touchscreens for precision driving, but we’d argue that this solution helps make the set more portable. No one wants to carry around those big RC remotes anymore, especially when your phone can work just as well. 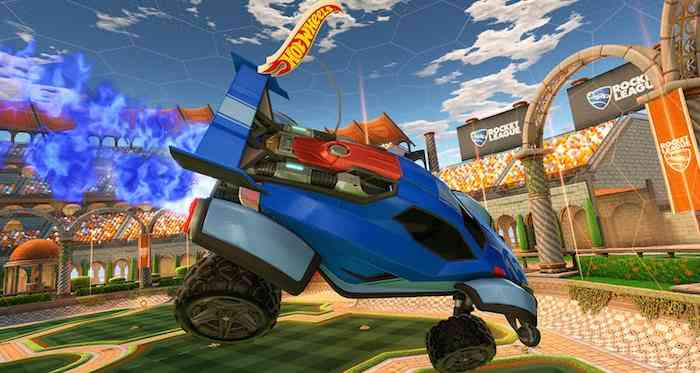 It looks like Mattel and Psyonix aren’t ending their relationship here. From the sounds of it, we might be getting more Hot Wheels DLC coming to the game somewhere down the road.

“We’re thrilled to further our partnership with Hot Wheels and bring Rocket League to life with this upcoming toy set,” said Jeremy Dunham, Psyonix’s vice president of publishing. “But that’s just the beginning of what we have planned. You can expect to see some really, really cool things come out of our new Hot Wheels alliance.”

The Hot Wheels Rocket League RC RIvals Set costs a pretty steep $179.99 and will be out in stores Holiday 2018. While there’s no denying the high price, it’s still cheaper than buying a Nintendo Switch and a copy of the game.