Developed by 11 bit studios, Frostpunk is a city-survival game set in a frozen Earth where staying alive is the objective. The game is finally reaching its final stages and features a mixture of city-builder, survival, and society simulator. To aid in humanity’s survival, 11 bit studios has revealed the Automaton, the pinnacle of human engineering designed to ease the burden of hard labor from your citizens.

These gigantic steam-powered machines are an example of authentic steampunk technology, and fit in perfectly with the setting of Frostpunk. Besides city-building, Frostpunk requires sowing hope and the will to live among your citizens, ensuring laws and customs are kept, making choices including whether to implement child-labor, and exploring the world around you to ensure humanity’s survival. 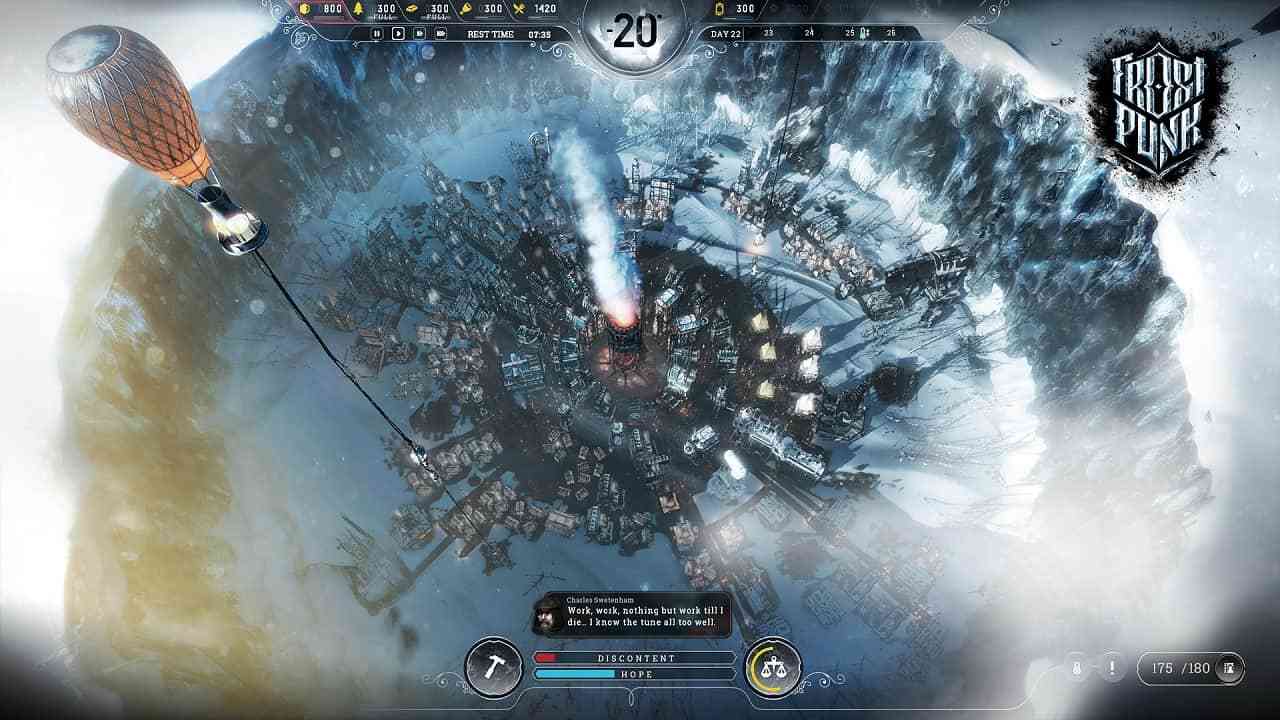 With all the systems in play, the Automatons will not simply be a magic bullet and humanity’s key to survival. While they are undoubtedly valuable to your city’s economy and survival, your citizens may feel unsafe with the Automatons working within city walls, though the choice will be yours to determine.

We previewed Frostpunk back at PAX West 2017, and found that Frostpunk has “incredibly weighted moral decisions, stellar graphical detail, and it instills a true bond between you and your people”. Furthermore, “the controls are simple and intuitive, and this game has shaped up to be a must-have for experienced society-building gamers.”

As the game is entering its final stages, a new gameplay trailer, new details of the game, and the release date will be revealed in the coming weeks. Frostpunk will be available on PC through Steam, the Humble Store, GOG, and other digital stores for Windows and Mac. With the beautiful aesthetic and nature of the gameplay, we cannot wait for this game to release.


Going Medieval is a Peaceful Trip to The Dark Ages

Green Hell Will Bring Survival In the Amazon to Console Very Soon
Next
Fortnite 2.4.0 Update Is Live and Adds Minigun, a Campfire, and Much More.
Previous
From Gaming Journalist to Insanely Hot Cosplayer, Raychul Moore is Proof Hard Work Pays Off